The latest weather reports show that the UK is set to brace itself for rain in large parts of England. It comes as the Met Office has issued a warning of the risk of thunderstorms.

Friday is set to bring a mixture of sunny and shower spells for the South and North respectively.

The south will start the day with miserable weather, but it’s expected to have cleared throughout the day.

Heavy showers are predicted to be seen across Northern England, Northern Ireland and Western Scotland later in the day.

The downpour is expected to last in these areas throughout much of the day. 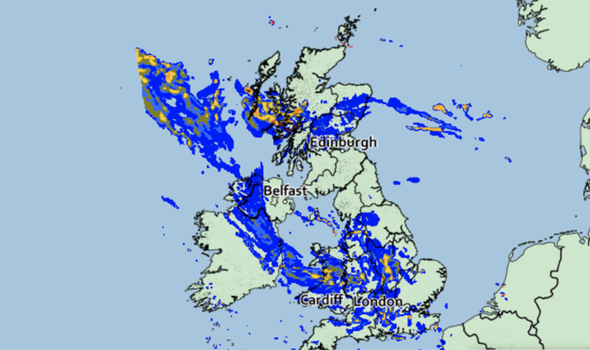 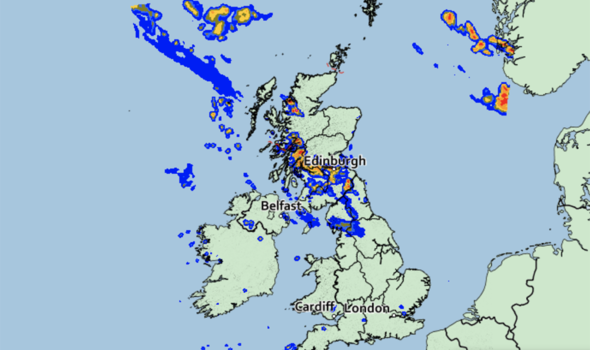 By the time it clears overnight, the Eastern wind will have brought more problems for flash flood regions.

But as Friday comes to an end, the rain will begin to clear in the North.

And as the night goes along, the South will see some fog patches develop. 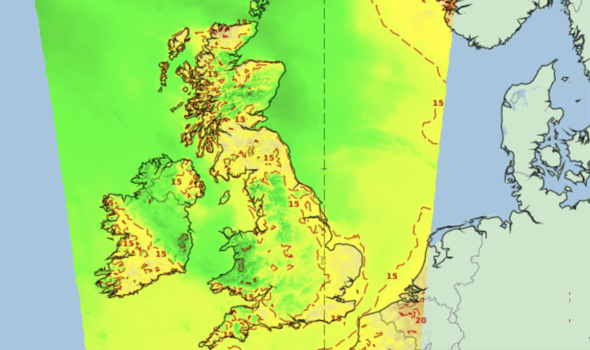 The weekend will thankfully see some relief for those struggling with the wet weather, with most seeing plenty of sunshine.

Some showers are still expected for some over the weekend, with the eastern wind bringing the downpour over to the West of England, Wales and Ireland.

The wet weather will also reach western parts by the end of the day, before quite quickly spreading east during the evening and overnight.

Sunday looks to continue the mixed bag of weather, with early rain in the east moving into the North Sea.

Sunny spells but also showers are expected to follow, these heavy over western Scotland with thunder.

Monday will also continue to be windy with fresh south-westerly winds, with finer weather for most at first with sunny spells but rain will move into the west later.

The north-west will see continued downpours, before Britain sees glorious heat later in the week. 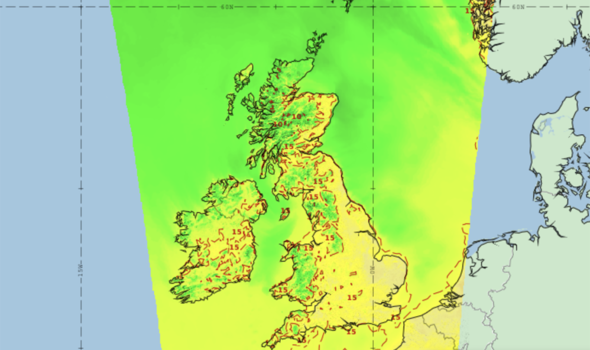 Thankfully no weather warnings have been put in place for the weekend ahead, with the downpour staying mostly mild and inconvenient.

Temperatures on Friday look to stay a mild 12C to 15C.

Moving into the weekend this will stay the same, with Saturday seeing no major change.