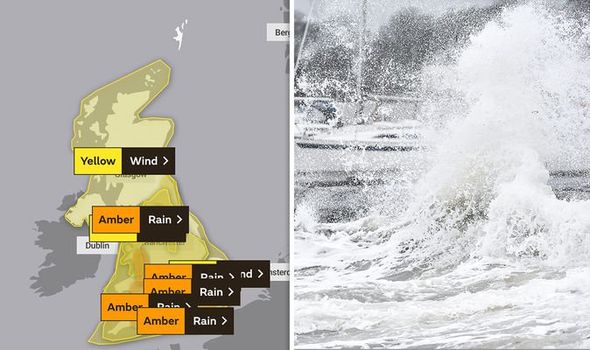 As well as yellow warnings for wind, there are also amber warnings for rain affecting parts of the northeast and Yorkshire, south and central Wales, most of the southeast of England and parts of Devon at various over Sunday.

Fast flowing and deep floodwater is possible posing a danger to life with damage to buildings and homes are possibility as well as transport disruption, cuts to power and other essential services and the isolation of communities by floodwater.

There are no amber weather warnings in place for Monday.

But the entirety of Scotland, Northern Ireland, parts of northwest Wales and northern England will be under another yellow wind warning from 10:00AM to 12:00PM. 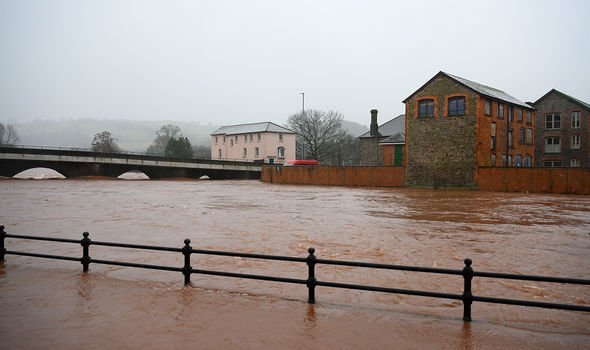 There are currently no weather warnings in place for Tuesday, Wednesday, Thursday, Friday and Saturday.

The body of a teenager was pulled from the sea in Herne Bay on Friday and shortly afterwards in Margate the body of another was retrieved by an RNLI lifeboat.

The man is understand to have been a seaman aboard a tanker from Malta. 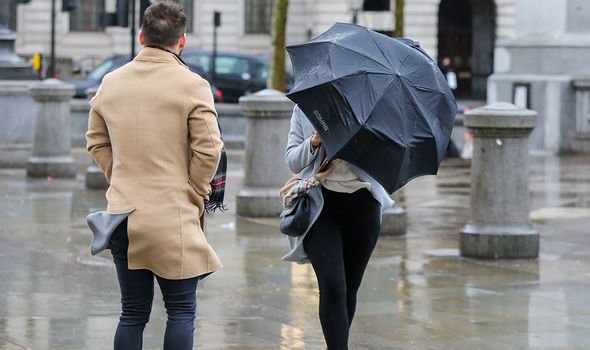 A coastguard spokesman said: “At around 1pm, after many hours of searching, a body was sadly found in the water by the RNLI Margate lifeboat and has been brought to shore.”

People in the Scottish Border region have been told to evacuate their homes.

Scottish Environmental Protection Agency flood duty manager Mark McLaughlin said: “Severe Flood Warnings for areas in the Scottish Borders have been issued tonight as we continue to see rivers respond to the impacts of Storm Dennis.

“These warnings mean that extensive flooding is expected to properties and businesses with many roads impassable. Some evacuations have been advised.

“The Severe Flood Warnings have been issued for Teviot and Slitrig at Hawick and Newcastleton. We advise people to stay away from flood water and to not take unnecessary risks.”