Britain is expected to be hit by an unusually warm day for this time of the year, according to the Met Office. Temperatures are set to rocket into the twenties in many parts of the country.

Jo Farrow, Netweather forecaster, said: “A plume of warmer air which was drawn in on Monday will be over the southern half of the UK on Tuesday.

“And south east Britain could see temperatures in the mid 20sC, so warmer than it has been lately.

“For many Tuesday will be a fine day.”

The warm Atlantic air will move in from the West, bringing a return to hot temperatures. 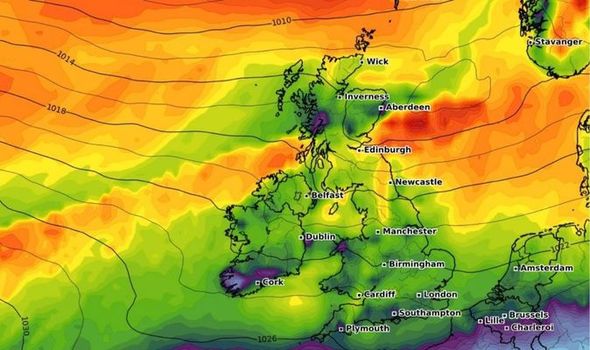 The Weather Outlook forecaster, Brian Gaze, said the south east of Britain may experience highs of 26C this week.

Although the heatwave will return on Tuesday, muggy weather is expected due to some cloud and patchy rain.

Mark Wilson, Met Office Meteorologist, said: “A rather cloudy start to Tuesday morning across much of England and Wales.

“Still that cloud thick enough to give a bit of patchy rain or drizzle mainly across higher ground of Wales, southwest England, Northern Ireland as well. 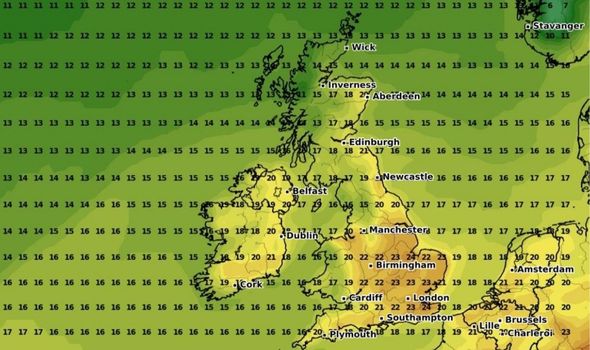 “The best breaks in that cloud will be across eastern areas, particularly across eastern Scotland through the morning as other parts of eastern England as well.”

Northwest Scotland will experience some outbreaks of rain and a cooler breeze than the rest of Britain.

Mr Wilson added: “But elsewhere across the UK, despite the cloud, it’ll be a fairly warm day for the time of the year. 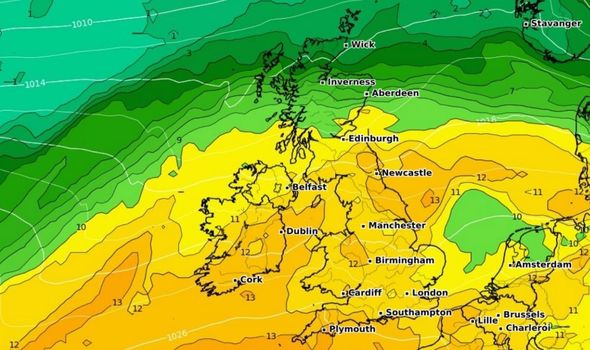 “A fairly warm and fairly muggy feel to the weather as well and even across east of Scotland we could see highs around 20C.”

Tuesday’s heat will continue throughout the week into Thursday in southern parts of the UK.

Ms Farrow said some cooler air may work its way south east over Britain on Tuesday night into Wednesday.

She added: “Clear skies and fresher air follow but south east Britain will still manage another warm day. It will be blustery further north.”

But some parts of the UK will experience a warmer night on Tuesday as the hot weather continues into the evening. 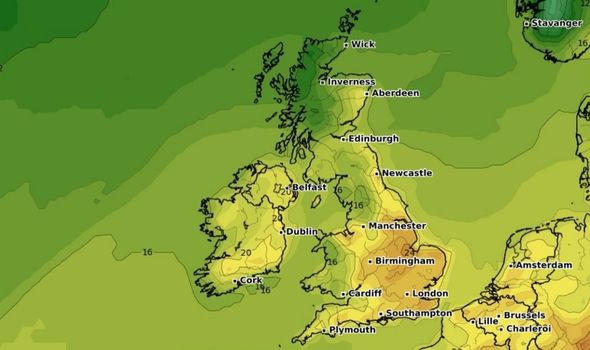 Mr Wilson said there will be a “fairly warm night to come” in southern parts of Britain.

He added: “Temperatures not dropping below around 17C so a fairly uncomfortable night for sleeping I think so.”

On Wednesday temperatures will remain high in many areas.

Mr Wilson said: “Temperatures reaching highs of 15C to 20C around where they should be for the time of the year.

“But across the very far southeast another fairly warm day once again with temperatures up around 23C. Again feeling quite humid and quite muggy.”