Following the arrival of Storm Dennis last weekend, the UK is facing a number of Met Office weather warnings and flood alerts. Dennis arrived hot on the tails of Storm Ciara, which in some regions lashed the UK with winds up to 97mph. 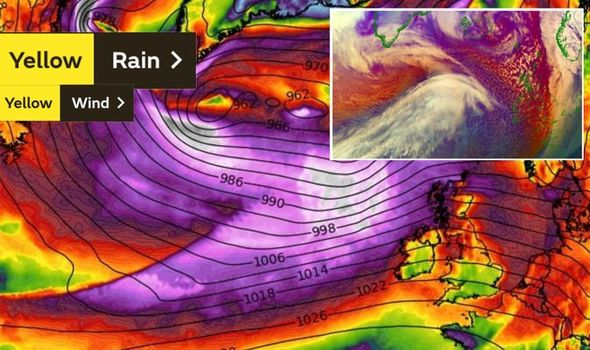 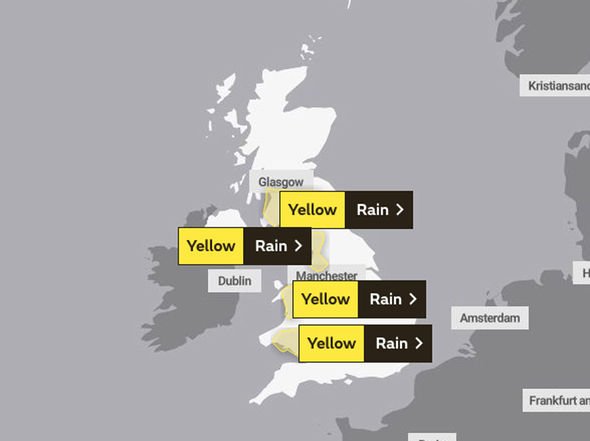 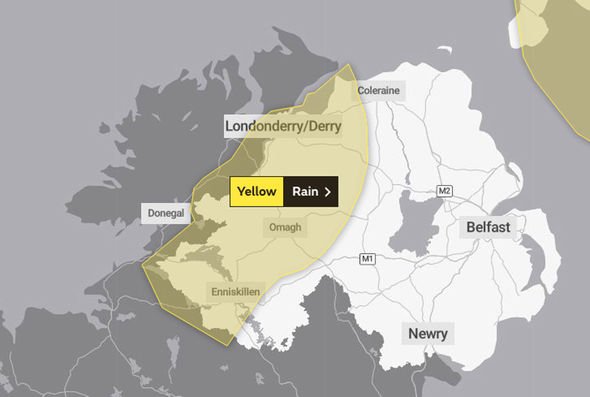 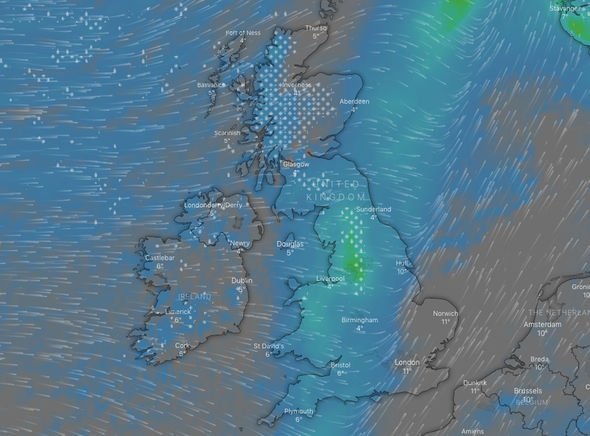 The Met Office has issued another yellow rain warning for Friday.

A large swathe of Northern Ireland, stretching from Manorhamilton to near Coleraine is in place between 6am and 9pm.

The Met Office warn: “Heavy rain is likely to lead to some travel disruption.”

8.45am update: What areas are under a severe flood warning?

Parts of the UK are still reeling from the effects of Storm Dennis, with hundreds of flood warnings and alerts issued by the Environment Agency.

And with ‘unsettled’ weather forecast to continue, there could be more flooding in the coming days.

Forecasters warn there could be up to 100mm of rainfall over two days in North Wales.

This is 40mm more than the monthly average for the region.

Six regions are currently under severe ‘danger to life’ warnings: 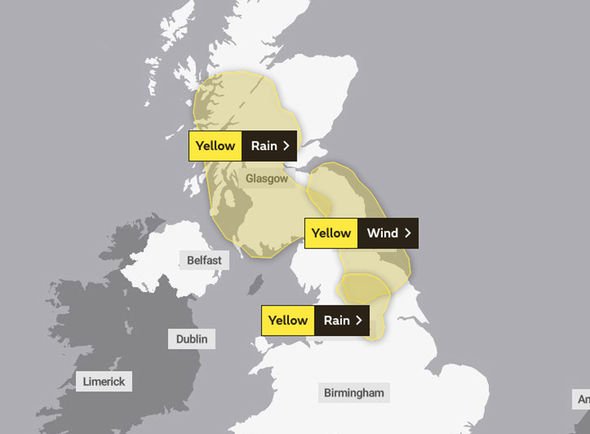 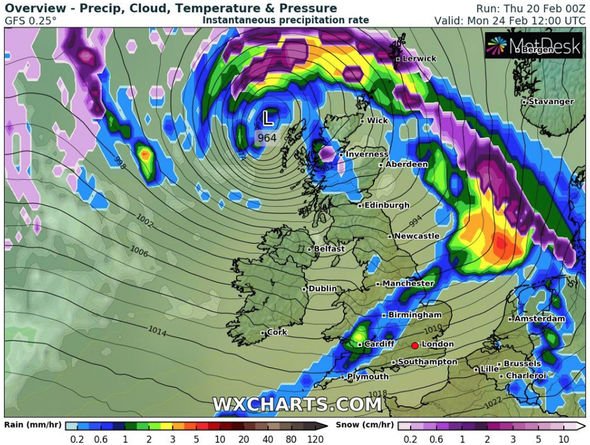 8.30am update: Where are the Met Office weather warnings?

Parts of the UK are currently under Met Office warnings for rain today (Thursday), as of 8.30am.

Two areas in south wales and northwest Wales are under a yellow rain warning until 2pm today, with the Met Office warning rain is “likely to be heavy, especially over higher ground”.

A yellow rain warning is also in place for much of the northwest of England until 3pm today, affecting Lancaster and Preston.

Another area covering southern and western Scotland is under a yellow rain warning until 11am today.

On Friday a stretch of the northeast of England is under a yellow wind warning from 8am until 8pm.

A large proportion of central, southern and western Scotland is also under a yellow rain warning between 6am and 9pm.

On Friday a patch of northern England, including Leeds, York and Sheffield, has been placed under a yellow rain warning from 12pm until 6am on Saturday.