The UK has been battered by no less than five storms this year and this weekend, more windy conditions are on the agenda. According to weather maps from WXCHARTS maximum sustained winds could reach up to 60mph on Sunday, September 13 in northern areas of Britain.

The affected areas are northern parts of England and Scotland.

The weather system is likely to bring heavy rain with it and the Met Office has issued yellow warnings for rain as a result.

The warning will come into affect on Saturday at 6pm and flooding will be possible in affected areas.

The Met Office said: “Heavy and persistent rain is expected to develop over western Scotland during Saturday evening and continue through much of Sunday.” 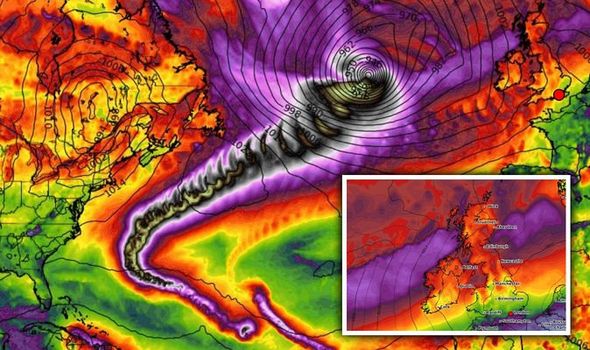 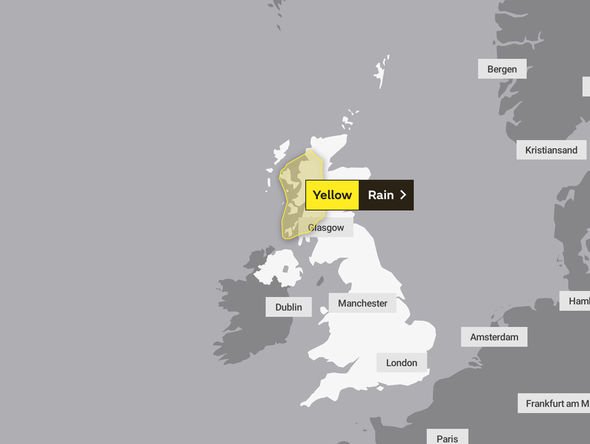 The national weather agency added: “A band of heavy and persistent rain will arrive across western Scotland during Saturday evening, and continue through much of Sunday.

“Many places in the highlighted region will see 25 to 50mm of rainfall however, over the hills and mountains, peak totals of 120 to 160mm are likely during this time.

“In association with the rainfall, there will be a period of strong southwesterly winds, although these are not expected to be overly impactful, they may make travelling conditions more challenging in places.

The weather warning is due to end on Sunday at 11.59pm. 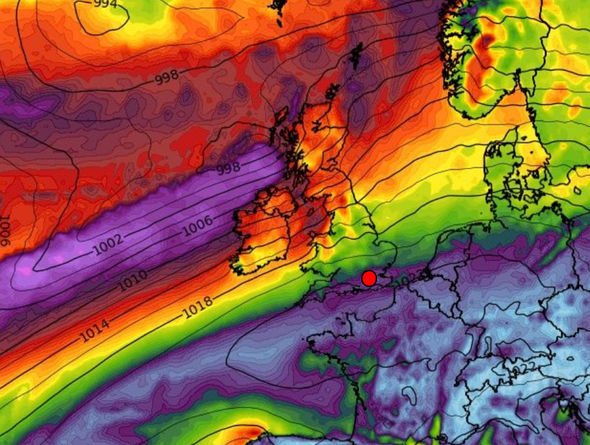 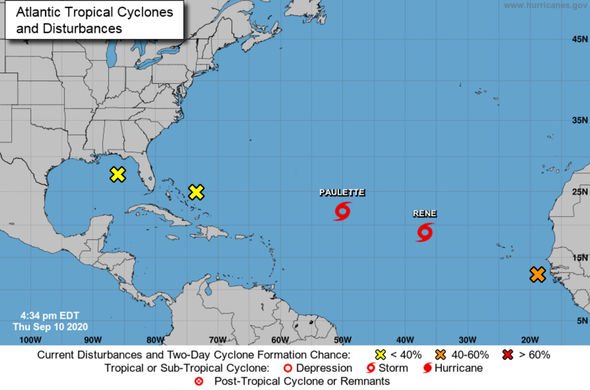 Regions affected are Central, Tayside and Fife, Highlands and Eilean Siar and Strathclyde.

The weather comes as the 2020 Atlantic hurricane season continues to be “extremely active”.

Some storms that have hit the UK this year have been remnants of hurricanes from the US.

The remnants of Hurricane Laura, which brought deadly winds to the US states of Louisiana and Texas last month, reached the UK days later and caused windy weather in Britain.

It’s not all that uncommon for the remnants of US hurricanes to reach the UK, bringing turbulent weather.

However, by the time they reach UK, the systems are nowhere near their original power.

Currently, there are five weather systems churning in the Atlantic, two of them already tropical storms.

Tropical Storm Rene is currently located 800 miles west northwest of the Cabo Verde Islands and according to the US’ National Hurricane Centre (NHC) the storm is becoming stronger.

Another tropical storm, Paulette, has meanwhile turned a little weaker, but is expected to restrengthen in a couple of days. 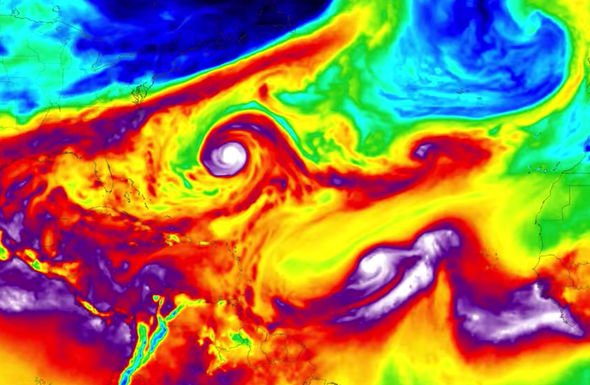 The storm is currently moving at 10mph with maximum sustained winds at 50mph.

There are no coastal watches or warnings in effect, and Paulette is located 935 miles east northeast of the Northern Leeward Islands.

Paulette could become a hurricane by Sunday or Monday and long-range forecast could see the storm head towards Britain.

There are also three more systems yet to be named swirling in the Atlantic Ocean at the moment.