Residents who are currently battling with the aftermath of several days worth of rain have been told to expect more severe weather. Parts of North Wales, northern England and Scotland among those in line for further deluges of wintry weather. The Environment Agency (EA) warned there is a “heightened flood risk” across the Midlands, while there are six severe flood warnings in place around the Rivers Lugg, Severn and Wye.

Craig Snell, from the Met Office, said: “Hot on the heels of Storm Dennis, we have now got this next weather system coming through.

“We have a cluster of warnings around the UK running today into tomorrow.

“Rainfall totals are not too high at the moment. But if we are looking at the situation in 24 hours’ time, we could be looking at 50-60mm in South Wales, 70-100mm in North Wales, and up to 100mm in north west England. 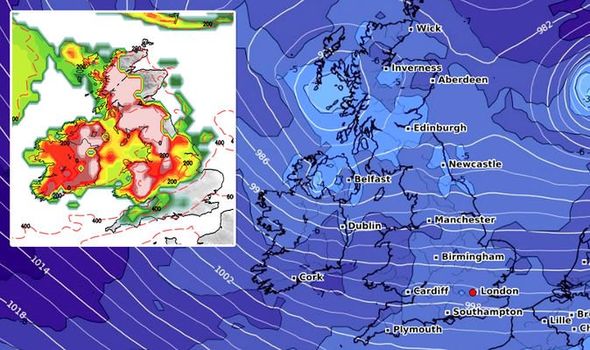 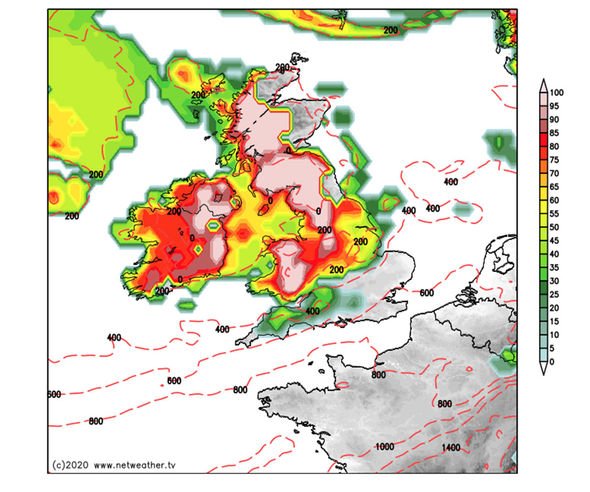 “In the worst case scenario we could see a month’s worth of rain.

“It is more the fact that quite a lot of the UK has seen a wet winter. Ordinarily, 50mm of rain would give us a wet day, rivers would be able to cope.

“But the ground is saturated (due to the persistent, heavy rainfall) so it is causing problems.”

Weather charts from NetWeather also show swirls of wintry green and red sweeping across northern areas of the UK before making their way south. 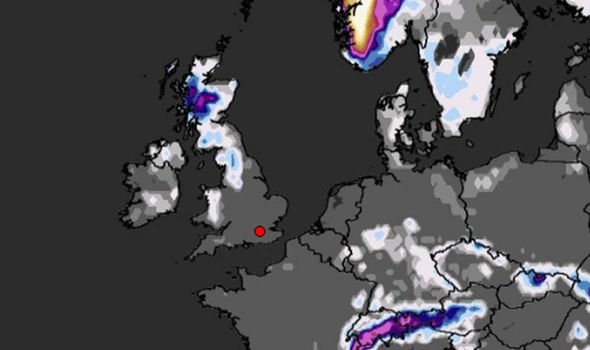 Forecasters at WXCharts also show at least two inches of snow will fall in northern parts of Scotland over the next few days too.

Temperatures will plummet to sub-zero levels over the next couple of days and even drop as low as -2C in the same parts of Scotland on Saturday morning.

Trunk roads were forced to close and hundreds of people have been evacuated from their homes in the worst-affected areas. 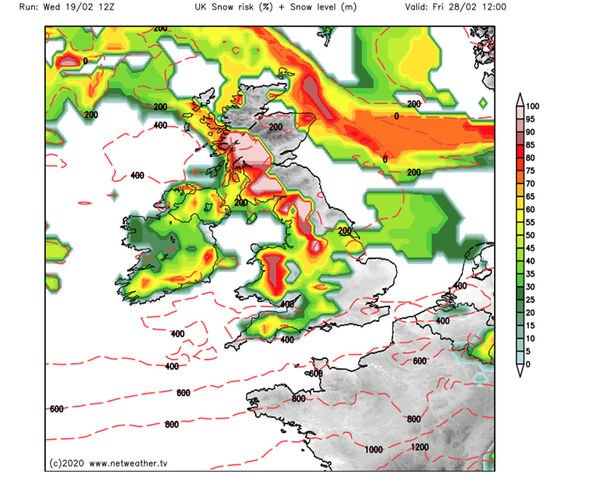 But forecasters have predicted further heavy rainfall is on its way, three days after Storm Dennis left the UK for Scandinavia.

The EA said its teams put up more than 6km of temporary flood barriers across the country and that flood defences have protected nearly 25,000 properties from the ongoing impacts of Storm Dennis. 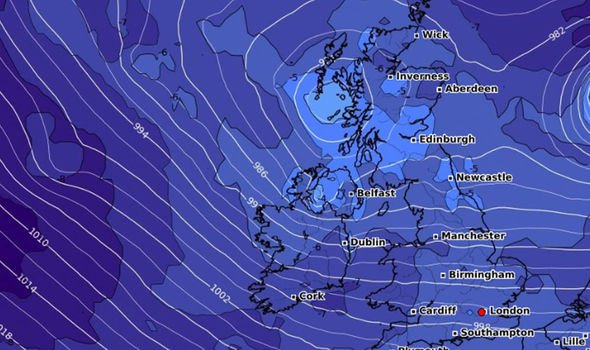 “Flood warnings also remain in place across much of England following rainfall which has led to record river level in many places.

“Whilst extremely upsetting, if you are asked to evacuate it is important to do so as quickly and as safely as possible.”

Residents in the Shropshire towns of Ironbridge and Bridgnorth were among those urged to evacuate their properties.

People in Bewdley near Kidderminster were warned flood barriers at Beales Corner might not be able to withstand the rising water levels. 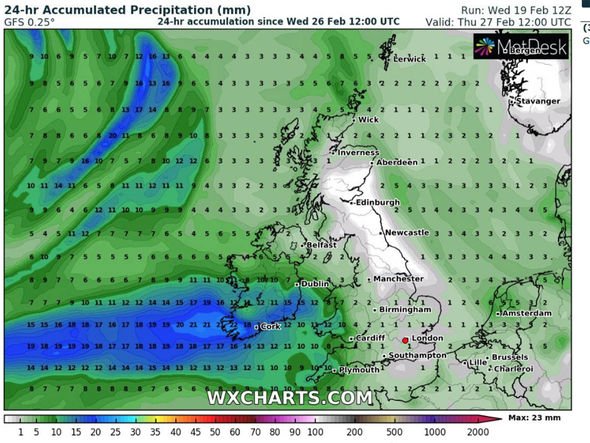 Elsewhere, sections of the A38 near Stafford and the A19 near Selby were among those closed amid safety concerns following the storm.

On one of the flooded roads on the outskirts of Upton-upon-Severn, Worcestershire, a man in green waders, unperturbed by the high water, was heading into town on foot with an empty shopping bag.

The man, who did not want to give his name, said he was off into Upton to “have a pint” and get some bread and milk.

He added that the 2007 floods had been worse, estimating the water levels had been 1ft (0.3m) higher.