Mr Hammond discussed the flooding that has badly affected parts of Britain during an interview with Mike Graham on talkRADIO this morning. The meteorologist outlined that a “very strong jet stream” is propelling areas of low pressure that will bring more rain to the UK. Mr Hammond also warned that the rainfall above the Welsh mountains could cause more flooding from the Wye and Severn river systems.

Mr Graham asked: “Is there more rain expected at the end of this week?”

Mr Hammond replied: “Let’s look at the weather pattern across the northern hemisphere and the Atlantic.

“The setup hasn’t changed and it’s not going to change in the next week or two weeks which I’m afraid is such bad news for those places that have been badly affected.

“Of course, we get day to day various and some days are fine but fundamentally we still have a very strong jet stream and that jet stream is propelling up areas of low pressure which will deliver more rain. 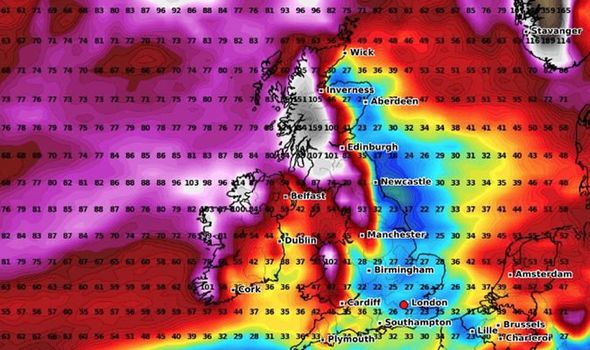 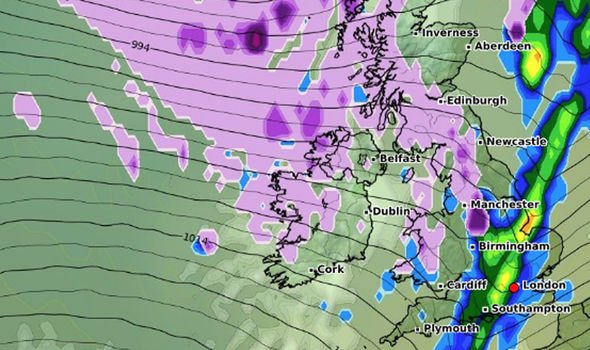 “More rain is about to hit Wales and England around the mountains of those areas where we are going to get the most rain the next 24 hours.

“As we know those River systems like the Wye and the Severn they get their water from the Welsh mountains so that is where they are looking with some fear over the amount of rain we are going to see in the next 24 hours hence the weather warning s from the met office for those areas.

“I’m particularly concerned about the end of the weekend Sunday into Monday.”

Earlier this morning BBC meteorologist Carol Kirkwood warned that Atlantic weather system will bring snow in the northwestern areas of the UK.

Ms Kirkwood said: “As we move out of Thursday and into Friday the next clutch comes in from the northwest.

“On Friday itself, some heavy rain bumping into the cold air in Scotland.

“We’ll see some snow there, some very poor visibility.

“That rain sinks into northern England where once again there is a Met Office weather warning for the rain. 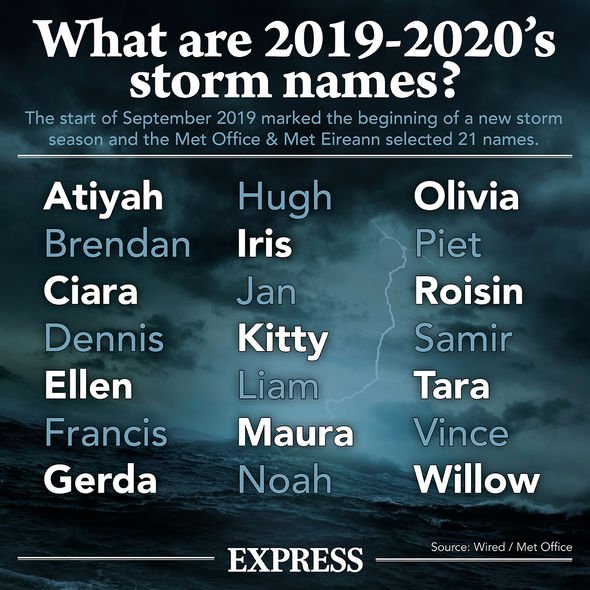 Speaking about Storm Dennis, Jeremy Parr the Head of Flood and Incident Risk Management for Natural Resources Wales, said: “The forecast is for very significant levels of rain, especially in the eastern valleys of South Wales.

“Impacts could be severe overnight, and everyone should take the warnings extremely seriously.

“We are working hard to make sure communities are as prepared as possible and urge people to take care and make arrangements to be safe.”

During the worst weather of Storm Dennis, the Met Office issued warnings and insisted there was a threat to life.