The Maidan protests shook Russian influence in Ukraine, but many feel the promises of the revolution are unfulfilled. 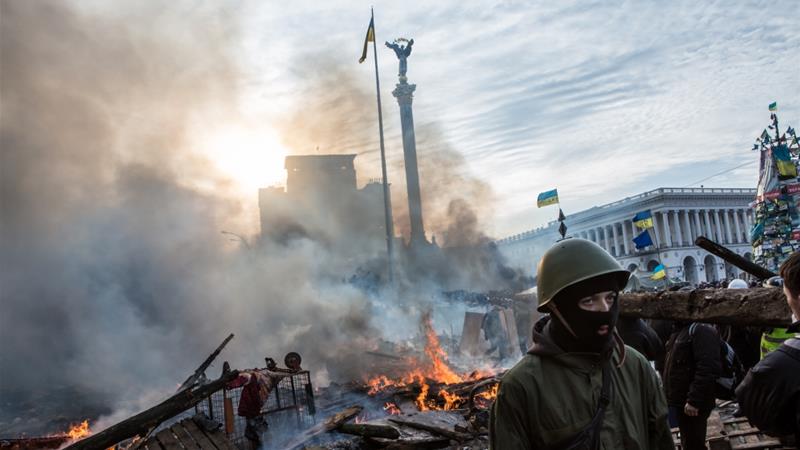 This was the focal point of the “revolution of dignity”, months-long protests on Kiev’s Maidan Nezalezhnosti, or Independence Square, that did not disperse despite gunfire from snipers and special forces dispatched by Yanukovich.

The deposed president fled to Russia, while the Kremlin decided to fish in the muddy waters of the post-revolution chaos. It annexed Crimea and backed a separatist uprising in Ukraine’s southeast that became Europe’s hottest armed conflict.

Ukrainian billionaire and former Foreign Minister Petro Poroshenko, who supported the Maidan protests, was elected president and pledged to break away from Moscow’s orbit, weed out corruption, stop the separatist conflict and return Crimea.

“This was the time of hopes, we were so proud of ourselves and so saddened by the killings,” Tetyana Smolkovich, a 47-year-old sales manager who cooked food and collected warm clothes for the protesters, told Al Jazeera. “I still cry every time I think about them.”

Five years later, Ukraine is no longer Russia’s political lapdog. It enshrined its drive to join the European Union and NATO in its constitution, and Ukrainians can travel to the EU visa-free. A Ukrainian Orthodox Church that no longer reports to the Moscow Patriarch was established in January.

But Crimea is still occupied, the smouldering conflict claims several lives a month, and more Ukrainians face poverty than before the revolution.

“We are doing worse than five years ago,” Smolkovich, whose husband Ihor works at a construction site in the northeastern Polish city of Gdansk and whose elder daughter Yulia, a university student, spent last summer polishing nails at a beauty parlour in the Turkish resort of Side.

In 2014, only 15 percent of Ukrainians lived below the poverty line, but last year, the number rose to 25 percent, the World Bank said.

The revolution was followed by a recession that devalued Ukraine’s hryvna currency. Kiev severed economic ties with Moscow, losing a market for its foodstuffs and cutting decades-long ties with Russian manufacturing industries, the military and aerospace industries.

The central government no longer controls industrial and coal-mining areas in eastern breakaway regions Donetsk and Luhansk, where hostilities have killed more than 10,000 people and displaced 1.7 million since they began in 2014.

The economy is kept afloat by multibillion-dollar loans from the International Monetary Fund.

But what hurts more than soaring prices is the feeling that Ukrainian leaders failed to stick to the promises they made.

One of them was Poroshenko’s pledge to punish those who killed the 106 protesters known as the “Heavenly Hundred”. The photographs of those killed can be seen on government buildings, in schools and churches.

In late January, a court in Kiev sentenced Yanukovich in absentia to 13 years in jail for high treason. But the former president lives comfortably in southern Russia and lambasts the “junta” that toppled him.

On Thursday, Ukraine’s Prosecutor General Yuri Lutsenko said that investigators identified 66 people suspected of murdering the protesters. However, 46 of them fled to Russia after Yanukovich’s removal, and 20 are in jail awaiting trial, he said.

A fraction of judges throughout Ukraine who fined Maidan protesters and sanctioned their arrests in the last months of Yanukovich’s rule – 55 out of 337 – have been fired, Roman Maselko, a lawyer and oversight member of the state-run National Anti-Corruption Bureau said. The remaining judges continue to work or have retired with full benefits, he added.

“Who is to blame for the situation? As to me, it was the president (Poroshenko) who started the process and promised us changes,” he told a news conference in Kiev on Thursday. “That’s why the president is primarily responsible.”

“Promises ended with a deception because the incumbent president came to power to enrich himself,” Kiev-based political analyst Serhiy Leshchenko told Al Jazeera. 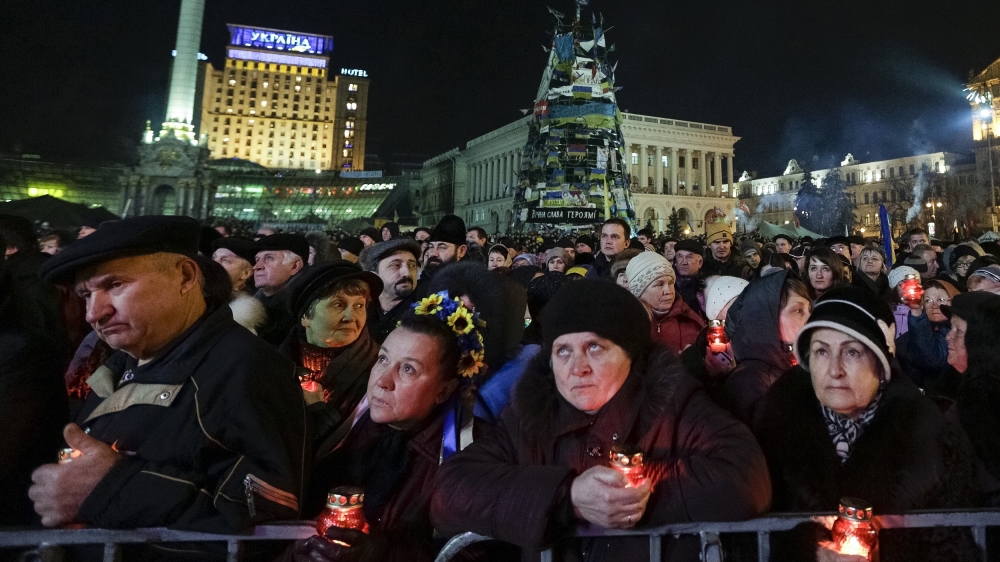 Ukraine’s criminal justice system “resisted and obstructed justice” when investigating the human rights violations and killings of protesters during the massive protests of 2013/14, an international human rights watchdog said.

“Five years is a long time to wait when it comes to justice, and for most victims who suffered at the hands of Ukrainian police, justice is still not even in sight,” Amnesty International’s Colm O Cuanachain told journalists on Tuesday.

Another major problem, Ukraine’s cancerous corruption, is also far from being rooted out.

While many bureaucratic procedures such as obtaining permits to open a business, or background checks when buying or selling property, have been simplified and can be applied for online, top-level corruption has hardly been addressed.

In 2014, the National Anti-Corruption Bureau and the Special Anti-Corruption Prosecutor’s Office were established with much fanfare to investigate top officials and oligarchs. The agencies opened 180 investigations and completed almost 50, but not a single hearing took place.

The anniversary of the Maidan protests and Yanukovich’s removal coincides with a presidential election on March 31 and corruption has made headlines yet again.

According to Strana.ua, an online magazine, widescale door-to-door surveys were carried out by obscure private polling companies throughout Ukraine in January.

The website said that rather than monitoring political preferences, the pollsters advocated for Poroshenko and identified his loyalists.

The loyalists were then urged to apply for welfare and receive 1,000 hryvnas from multimillion budgets that have been allocated to regional authorities by Poroshenko’s government, it claimed.

Meanwhile, Tymoshenko, who led the 2004 pro-Western protests dubbed the Orange Revolution only to become mired in political squabbling and fail to deliver on her promises, topped the list of nine “populists and liars in Ukraine’s politics”, according to Vox Ukraine, a Kiev-based think-tank, which fact-checked the statements of the candidates.

“She is sly as a fox, but we’re fed up with her tricks,” Anton Polishchuk, who runs a tiny cafeteria in southern Kiev, told Al Jazeera.

A combined survey by three polling agencies released in late January gives him a 23 percent approval rating, while Poroshenko and Tymoshenko trail behind with about 16 percent.

Even claims that Zelensky is backed by oligarch and media mogul Ihor Kolomoisky whose TV network runs his shows don’t affect his anti-establishment image. 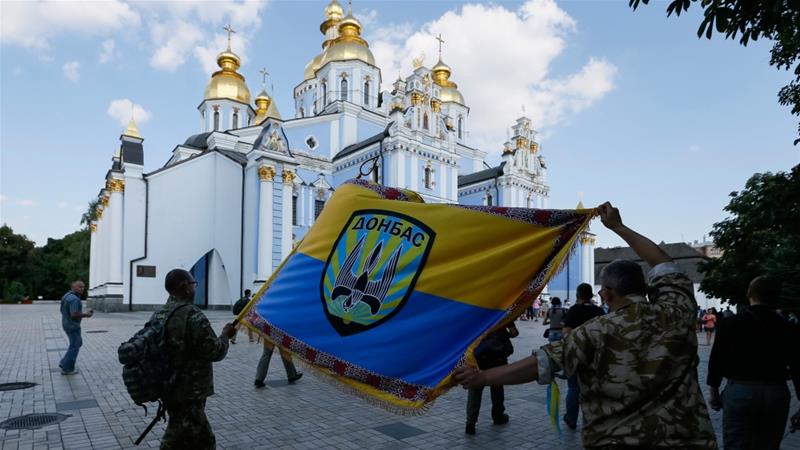 Ukraine vice PM: ‘Crimea will one day come back home’