Home » World News » ‘Ukraine CAN prevail!’ US told to send tanks as Zelensky strategy ‘not enough’

Speaking exclusively to Express.co.uk, former UK intelligence officer Frank Ledwidge said Ukraine’s current tactics are “the right thing for them to be doing”, but they need to adopt a “wider strategy” if they are to “prevail”. Ukraine appears to have been focusing their efforts on targeting ammunition depots in recent weeks.

More depots have been targeted this week, including one in the town of Nova Kakhovka in the Kherson region and another in Luhansk.

Mr Ledwidge said: “That’s the right thing for them to be doing.

“The reason they’re doing that is to offset Russian artillery dominance.” 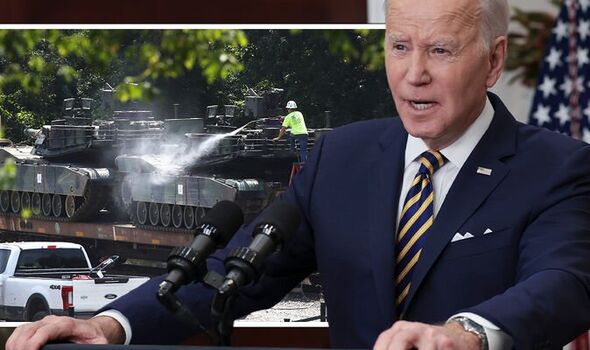 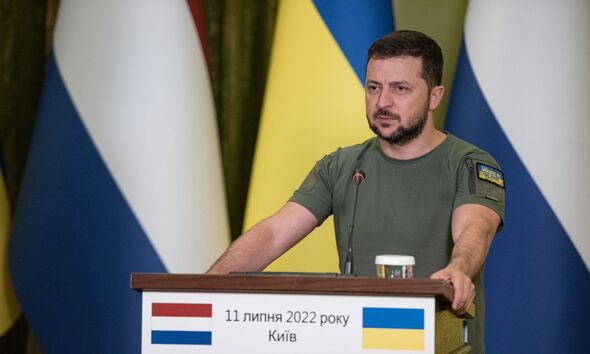 The analyst explained Russia have been firing off “vast quantities” of ammunition at Ukrainian positions, which required them to use a “forward deployment” in order to keep their weapons stocked.

He added: “If you hit that stuff, you get these chain reactions of huge explosions.”

Mr Ledwidge said Ukraine was using an “interdiction” strategy – targeting Russia’s supplies in their backline, rather than hitting the frontline to prevent frontline troops from receiving necessary ammunition.

The analyst added: “It’s a very economical way of dealing with your opponents’ preponderance.

“What that’s going to do is force the Russians to push back their logistics, particularly ammunition bases, to avoid this. 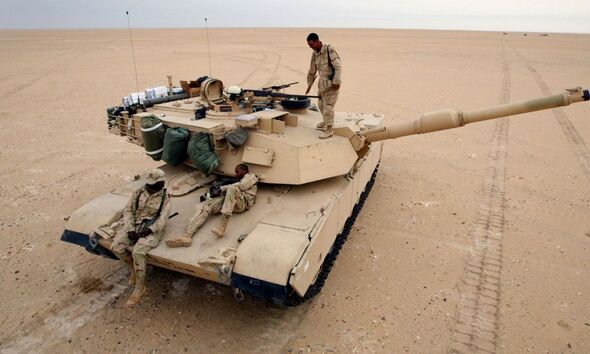 “That means in turn logistics are going to be challenged because then you have more of a problem getting ammunition to the frontline.”

Mr Ledgwidge added, however, that while this strategy will have a large effect “locally”, it was “not enough” to significantly impact the eventual outcome of the war.

He said this was because the Russians will “correct” the issue, even if this will “take them a while”.

However, this did not mean hope was lost for Ukraine, and the former intelligence officer explained that the war-torn nation can “prevail”, if the West provides better military support – specifically, the US.

He said: “The West needs to ramp up from a relative drip feed of supplies, including things like long range rocket systems and anti aircraft systems which have proven very effective. 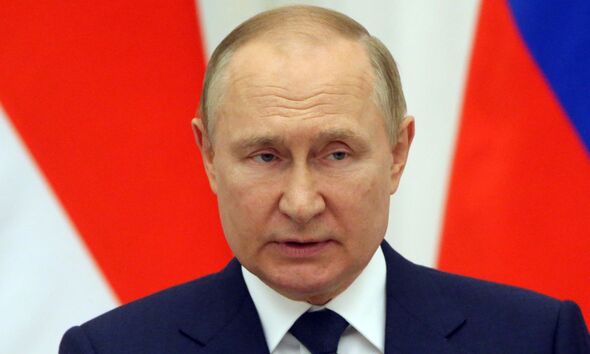 “They need a lot of the Americans’ M1A1 Abrams tanks – or at least tanks of the same type.

“At the moment the Ukrainians have about ten different types of artillery, and these things wear out fast and need maintenance.

“Rather than having 1000 different types of tanks, it’s far more efficient to have 600 of just one.

“That’s the kind of scale we’re talking about that is going to make a difference, that’s going to provide a strategic rather than just tactical challenge for Putin.

“If the West can really ramp up the supplies, take a risk with large amounts of equipment, as they should do, then Ukraine will eventually prevail.”