In the video, Ukraine thanks its allies for their “unwavering” support and help in taking on the Russian enemy.

UA Weapons, which tracks Ukrainian military efforts, tweeted: “The first video of a British-supplied M270B1 multiple rocket launcher in action in Ukraine – also accompanied by a British FV103 Spartan armoured personnel carrier, which is apparently used as a command vehicle.”

In early June, the British Government announced plans to train Ukrainian troops to use the launchers in the UK.

At the time, the Foreign Office said the M270B1 weapons will offer a “significant boost in capability for the Ukrainian forces”. 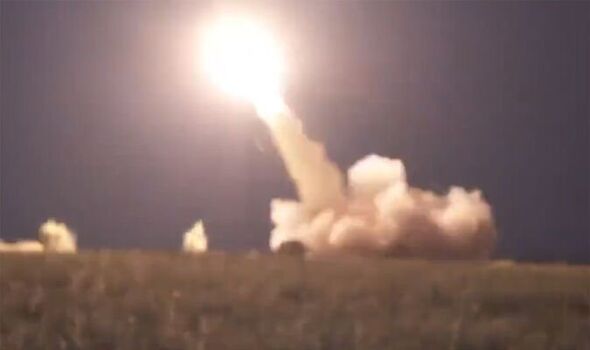 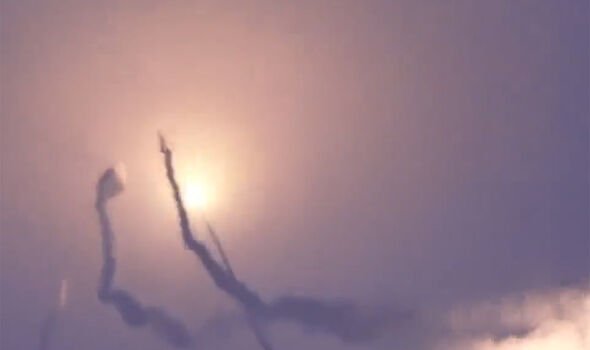 Among the weapons pledged, the UK has sent six of the M270B1, an even more powerful version of the US HIMARS, which have been praised as changing the war in Ukraine’s favour.

In early July, Ukrainian Defense Minister Oleksii Reznikov tweeted: “HIMARS have already made a HUUUGE difference on the battlefield.

“More of them as well as ammo & equipment will increase our strength and help to demilitarize the terrorist state.”

This comes as Ukraine launches a dramatic fightback to retake the Kherson region, which has become a focus of Kyiv’s counter-offensive in the south and a key link in Moscow’s supply lines. 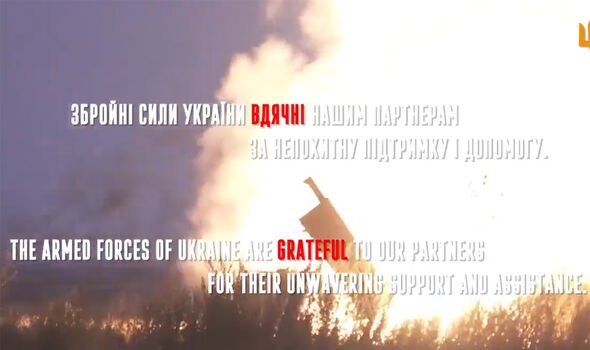 Kherson, which fell early in the war to Russian troops, has already been cut off after Ukraine used Western-supplied long-range missile systems to badly damage three bridges.

On Saturday, the Ukrainian military it had killed more than 100 Russian soldiers, destroyed seven tanks, and obliterated two ammunition dumps in fighting on Friday.

On Wednesday, Ukraine had warned Russian officials in Kherson to “retreat or be annihilated”. 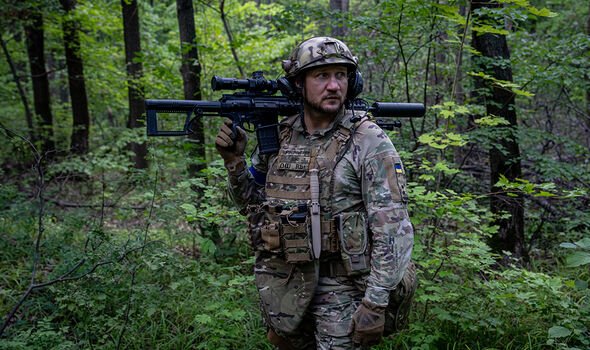 On Thursday, British officials that Ukraine’s counter-offensive was “gathering momentum” and that Russian forces were “highly vulnerable”.

In an intelligence update, the Ministry of Defence said the missile strikes on the bridges meant the city was “virtually cut off” from other areas of Russian occupation.

It said: “Russia’s 49th Army is stationed on the west bank of the Dnipro River and now looks highly vulnerable.

“Similarly, Kherson city, the most politically significant population centre occupied by Russia, is now virtually cut off from the other occupied territories.

“Its loss would severely undermine Russia’s attempts to paint the occupation as a success.”