Ukrainian Major General Vadym Skibitsky, a top intelligence official, has alleged Putin uses “body doubles” because he is “not in good health physically or mentally,” which has resulted in members of his inner circle “panicking about his health.” “He uses a lot of doubles…and sometimes it is difficult to detect if it is the real Putin or someone replacing him,” the general told the Telegraph. The Kremlin has repeatedly denied such claims and maintained that “everything is fine” in regard to the leader’s health. But the speculation has erupted once more after a meeting with Iranian government officials in which the despot was seen coughing and spluttering. 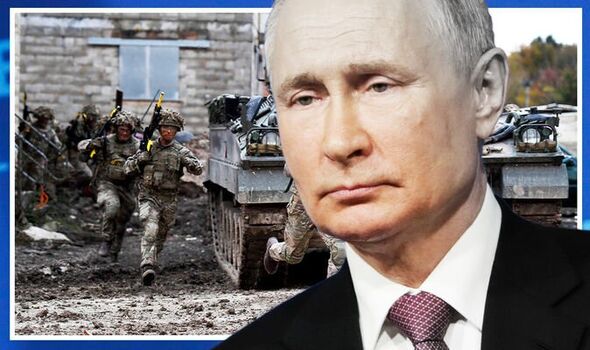 The politician – who has long held an anti-war stance – said “pouring arms in” would not create a solution and would only “prolong and exaggerate this war”.

In an interview with Beirut-based TV channel Al Mayadeen – which carries a pro-Russia reporting stance – he said: “We might be in for years and years of a war in Ukraine.”

Mr Corbyn continued: “What I find disappointing is that hardly any of the world’s leaders use the word peace; they always use the language of more war, and more bellicose war.

Good morning from London. I’m Tara Fair, I’ll be bringing you all the latest developments on the conflict in Ukraine. Please feel free to get in touch with me as I work if you have a story or tips to share! Your thoughts are always welcome.