The Ukrainian military has reported the city of Balakliya in the Kharkiv region has been freed from the control of Russian occupying forces. The news comes as the latest update to Ukraine’s renewed counter-offensive which has seen a series of coordinated missions launched across the country to reclaim territories under the control of Moscow’s invaders. Ukrainian servicemen were filmed standing on a Russian flag, with the Ukrainian flag raised in the background, as they declared the liberation of the city.

A video of the announcement has been published on social media by the Ukrainian Ministry of Defence.

In the footage, Ukrainian soldiers addressed their leader as they reported: “Mr President, Mr Commander in Chief, Balakliya is taken under control.

“The order has been completed. Glory to Ukraine!”

One serviceman reported the advancement while standing upon a Russian flag as two fellow soldiers kept the flag pinned to the ground with their boots. 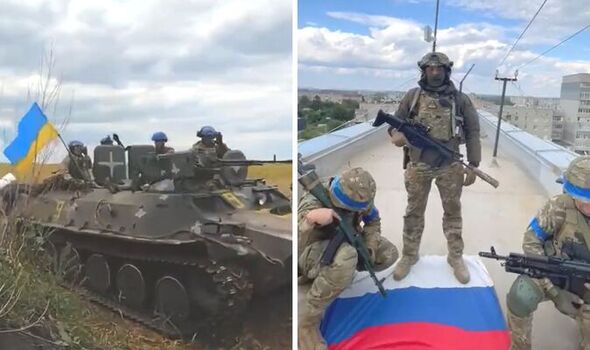 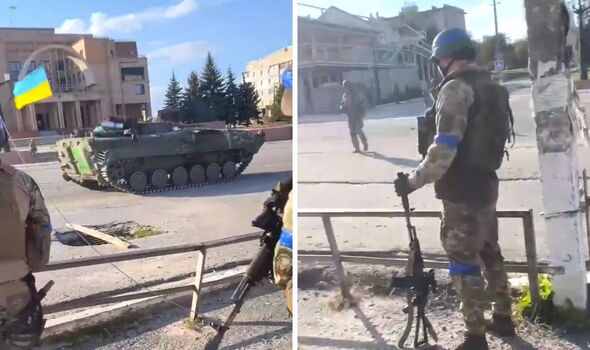 Illia Ponomarenko, the defence and security reporter for the Kyiv Independent, released additional footage from Balakliya.

His video showed a steady flow of Ukrainian military vehicles entering the city, each proudly displaying a Ukrainian flag.

The military operations in Kharkiv have been accompanied by the simultaneous advancement of Ukrainian troops in the Kherson and Donbas regions.

The counter-offensive has placed Russian military commanders under pressure to decide where to reallocate troops as the conflict continues to evolve. 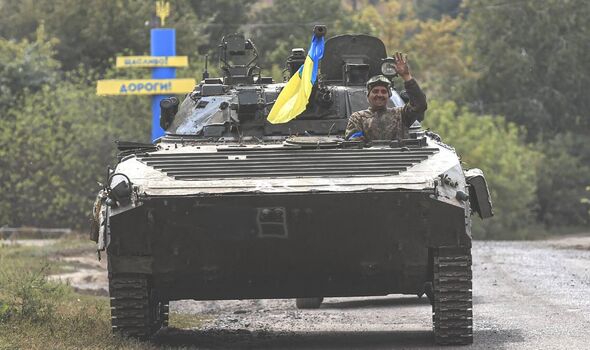 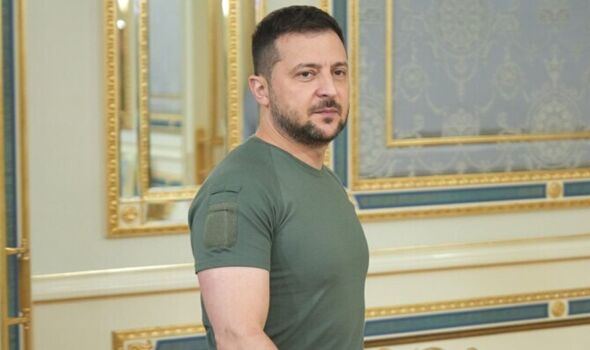 In an address on Thursday evening, President Volodymyr Zelensky reported more than 1,000 kilometres of Ukrainian territory had been recaptured from Russian invaders.

President Zelensky commented on “good news” within the Kharkiv region, but declined to reveal specifically which areas had been reclaimed as the mission remains in action.

A statement from the General Staff of the Ukrainian Armed Forces confirmed the victory in Balakliya and celebrated the success of President Zelensky’s troops. 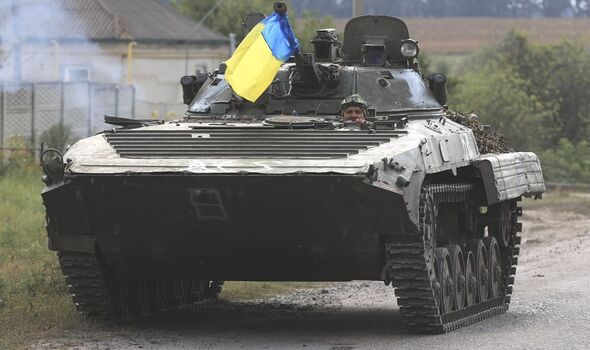 Ukrainian Brigadier General Oleksiy Gromov reported the liberation of “more than 20 villages” in the Kharkiv region, understood to stretch across a distance of 50 kilometres.

A publication from the US-based Institute for the Study of War suggested the Russian forces in Kharkiv had suffered territorial losses as Kremlin military commanders had repeated an earlier mistake in the conflict.

The think tank predicted Ukrainian troops would now move to capture Kupyansk in the coming days and, if successful, would severely impede Russian lines of communication around Izyum, another city in Kharkiv.