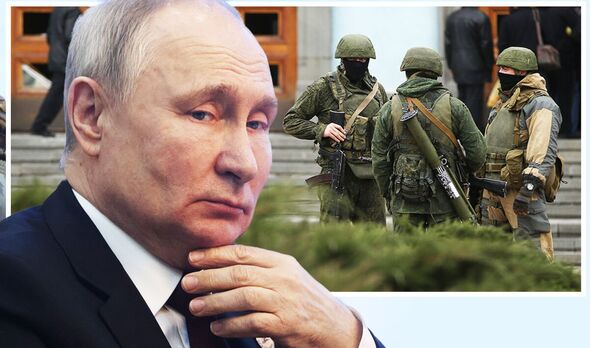 Roughly 400 Russian soldiers are reported to have died after Ukraine fired six long range missiles into occupied territory, officials have claimed. Ukraine’s defence ministry said a large number of Russians had been killed “as a result of ‘careless handling of heating devices’”, while 300 more were wounded. Scores of ammunition hidden in the school are believed to have blown up upon impact, causing the casualty toll to increase.

Ukraine’s General Staff reported on Tuesday that their Armed Forces had killed 108,190 Russian soldiers after 750 were fatally struck during the Christmas and New Year period.

Two significant missile attacks in the Kherson Oblast, on the village of Chulakivka, and in Donetsk, on the city of Makiivka, are believed to be responsible for the majority of those deaths.

Ukrainian forces fired six missiles from a US-supplied HIMARS launch system at the Russian base in Makiivka, though two of those were shot down, according to a Russian defence ministry statement.

A senior Russian-backed official in Donetsk Oblast, Daniil Bezsonov, said the missile had struck at two minutes after midnight on New Year’s Day.

Footage showing a young couple drinking champagne in the eastern city, celebrating the new year while watching fireworks on their phone moments before the first missile strike hits the nearby school outside their balcony, appears to corroborate this claim.

But the number of Russian soldiers killed in the attack remains in dispute, with Russian forces claiming the toll is considerably lower than what Ukrainian officials have suggested.

Sources close to the Russian-appointed leaders in the occupied Donetsk region claim only dozens of Russian soldiers were killed in the attack. Russia’s defence ministry suggested the death toll was 63.

Igor Girkin, one of Russia’s most pro-war, prolific and followed military bloggers, said on his Telegram that the death toll was in the hundreds.

Good morning from London. I’m Tom Watling. I’ll be bringing you all the latest developments on the war in Ukraine. Please feel free to get in touch with me as I work if you have a story or tips to share! Your thoughts are always welcome.