Rights group says it has evidence nearly two dozen civilians killed or wounded in US military air raids in Somalia. 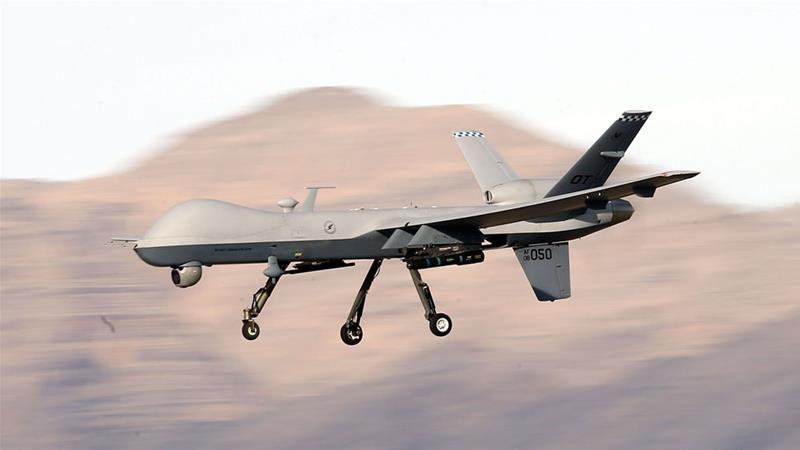 There is credible evidence that US military air raids in Somalia have killed or wounded nearly two dozen civilians in the past two years, an international human rights group said on Tuesday, suggesting that the Pentagon is not adequately investigating potential casualties.

US Africa Command officials immediately disputed the allegations laid out in a report by Amnesty International and insisted that the military has investigated 18 cases of possible civilian casualties since 2017 and found that none were credible.

The report came the same day that a Somali intelligence official and two local residents said a US drone attack on Monday killed civilians.

Amnesty International said it analysed satellite imagery and other data and interviewed 65 witnesses and survivors of five specific air raids detailed in the report.

The report concludes that there is “credible evidence” that the United States was responsible for four of the attacks, and that it is plausible that the US may have conducted the fifth attack. It said 14 civilians were killed and eight injured in the attacks.

“Amnesty International’s research points to a failure by the US and Somali governments to adequately investigate allegations of civilian casualties resulting from US operations in Somalia,” the report said, adding that the US doesn’t have a good process for survivors or victims’ families to self-report losses.

‘The shroud of secrecy’

US defence officials told reporters that American troops were on the ground at attack locations in a very limited number of cases. Even in those instances, they said, US troops ordered attacks to protect local Somali forces they were accompanying, and there was little opportunity to investigate possible civilian casualties at that moment.

Still, the rights group concluded that the US military’s insistence that there have been zero civilian deaths is wrong.

“The civilian death toll we’ve uncovered in just a handful of strikes suggests the shroud of secrecy surrounding the US role in Somalia’s war is actually a smokescreen for impunity,” said Brian Castner, a senior adviser at Amnesty International.

Unnamed US defence officials said that Kenya and Ethiopia also conduct air attacks in the region, but provided no details. There are 500 to 600 US troops in Somalia at any given time.

The pace of US air raids in Somalia has escalated during the Trump administration, from 47 in all of 2018 to 28 already this year.

Meanwhile, the Somali official said the US drone targeted a vehicle carrying suspected al-Shabab fighters and apparently hit another vehicle that may have been carrying civilians.

The official was not authorised to talk to the media and did so on condition of anonymity.

Residents concurred with the official’s assessment.

Mohamed Siyad, an elder in Lanta Buro, a village near the farming town of Afgoye, Somalia, told The Associated Press that four civilians, including employees of a telecom company, were killed.

“They were known to us – they had nothing to do with al-Shabab,” he said by phone.

Another resident, Abdiaziz Haji, said the drone destroyed the vehicle. “Bodies were burnt beyond recognition,” he said. “They were innocent civilians killed by Americans for no reason. They always get away with such horrible mistakes.”

In a rare move, US Africa Command on Tuesday mentioned those possible casualties in a press release about the attack and said officials will look into the incident. But, more broadly, US defence officials said casualty allegations in Somalia are questionable because al-Shabab makes false claims or force local citizens to do the same.