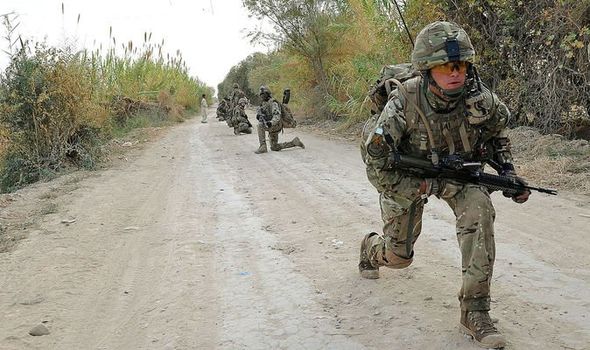 The deal, signed in Qatar after months of negotiation, could see hundreds of British troops coming home within months. It is based on concrete assurances that Afghanistan will no longer harbour terrorists or allow “a repeat of 9/11” to be planned from within its borders. Talks between the Taliban and other Afghan leaders will now begin, potentially leading to a full ceasefire and withdrawal of foreign troops from the country. “These agreements mark a significant moment,” said Foreign Secretary Dominic Raab last night.

“The current reduction in violence is welcome and I hope it will be maintained, but meaningful negotiations between the Afghan leadership and the Taliban are the real prize and I hope this opportunity will be seized.

“The only way to achieve lasting peace in Afghanistan is through a political solution.”

But last night critics urged caution. “This has always been driven by President Trump so he could keep his promises as his November election approaches. There is no basis for a long-lasting solution,” said regional expert Kyle Orton last night.

Privately, officials in Whitehall share the need for caution. They concede the talks will be the “hardest bit” amid political uncertainty in Kabul.

They say the deal “has to ensure 9/11” doesn’t happen again, after the Taliban refused to hand over former Al-Qaeda leader Osama bin Laden in 2001 in the wake of the attack on New York’s World Trade Center.

Under the agreement signed yesterday, the Taliban must ensure terror groups Al-Qaeda and Islamic State are not able to build influence. 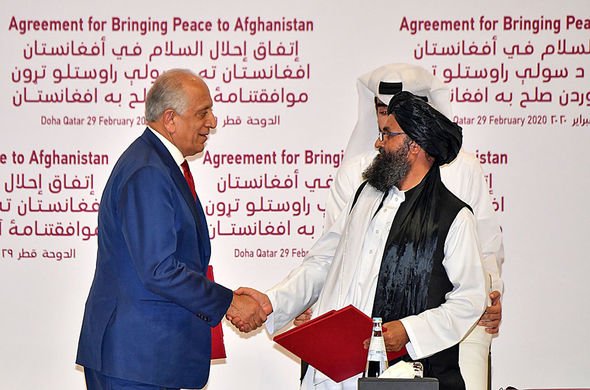 Hundreds of British troops who form part of the Kabul Security Force could come home. Ministry of Defence officials say there will not be a “cliff-edge” and the withdrawal will take “weeks and months”.

A Foreign Office source said: “We firmly believe the Taliban has not won. The Taliban would not have entered into this process if they felt they were winning. Why would they if they genuinely felt they could wait us out?

“For us, what we are trying to achieve is lasting peace. The UK has put a huge effort into Afghanistan. Clearly everybody is aware of the sacrifice made by many UK servicemen and their families. They have made and allowed us to make a huge amount of progress in Afghanistan and we’re determined to secure that progress.”

Ministry of Defence sources said US troop numbers in Afghanistan will fall from 12,000 to 8,600. But they could only confirm a “couple of hundred” of British troops will be leaving Afghanistan in the next few months. There are 1,100 serving in the country. The source added: “Any further reduction will depend on the Taliban and Afghan fulfilment of their commitment and be linked to progress towards the political settlement.”

President Trump is said to be particularly focused on preventing Al-Qaeda from wreaking havoc in Afghanistan and counter-terrorism efforts in the country.

Last night he said he would be meeting leaders of the Taliban personally in the near future, adding: “Everyone is tired of war.” 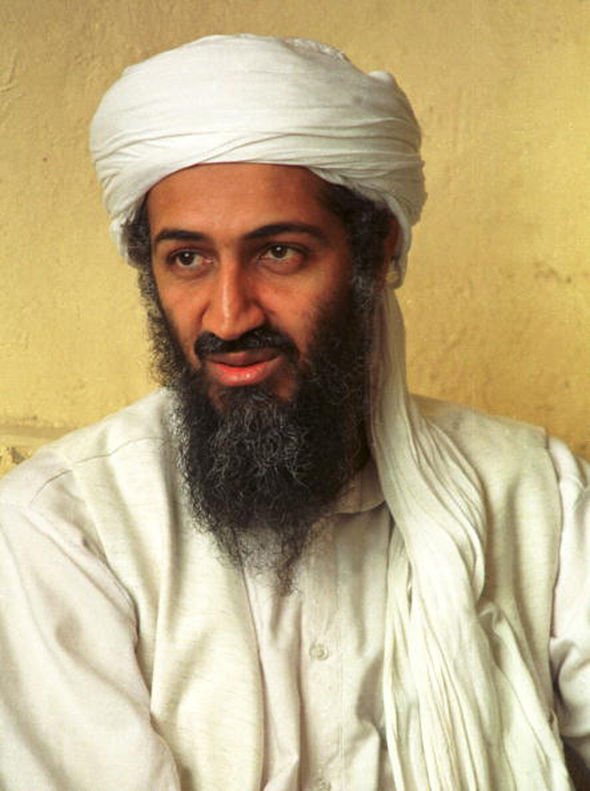 A source added: “If the Taliban reneges, if it starts to facilitate Al-Qaeda or Daesh, the Americans reserve the right to come back.”

The treaty was signed after a seven-day agreement between the Taliban, Afghan Army and US to stop attacking one another. The agreement aimed to curb roadside bombs, suicide explosions and rocket attacks.

In December 2018 the militants announced they would meet US officials to try to find a “roadmap to peace”.

Following nine rounds of US-Taliban talks in Qatar, the sides seemed close to an agreement but this stalled after the militant group admitted killing a US soldier.

Let’s hope troop families don’t have to ask why?

It is understandable the West should want to breathe a collective sigh of relief at the prospect of stability returning to the blood-soaked soil of Afghanistan.

Britain’s engagement as part of the US-led coalition cost the lives of 435 soldiers, and left hundreds more with life-changing physical and mental injuries. But we should be wary of celebrating just yet.

This is not an initiative driven by a weakened Taliban but rather the election timetable of US President Donald Trump.

Though the Taliban may have regretted the consequences it remains strongly connected to Al-Qaeda.

Its deputy leader, Sirajuddin Haqqani, is the son of bin Laden’s mentor. While this deal is predicated on promises that never again will extremists be allowed to plan terror attacks in Afghanistan, the Taliban was not even forced to disavow this connection.

And by dealing directly with the US, it has further delegitimised President Ghani’s shaky government.

We can only pray that, two years from now, the families of the 3,000 British and coalition soldiers who made the ultimate sacrifice under the most brutal conditions won’t be asking themselves: why?