Home » World News » US election 2020: Does Trump have to concede? Has a candidate ever not conceded?

Donald Trump failed to secure a second term this year, as his Democratic opponent Joe Biden squeaked to victory on Saturday. Despite what initially seemed a close race, Mr Biden crossed the finish line with more than the 270 Electoral College votes required and a record-breaking more than 75 million public votes. Mr Trump, now a rare one-term President, has proved less than welcoming to his successor, as he has attempted to discredit the vote with unfounded accusations of fraud and refused to concede.

Does Donald Trump have to concede?

US election tradition over the years has seen losing candidates contact their opposition and concede the race.

The act paves the way for a new administration and allows a peaceful transition of power in good faith.

Well-intentioned as it is, no losing candidate will want to concede, and the uncomfortable act is not legally required. 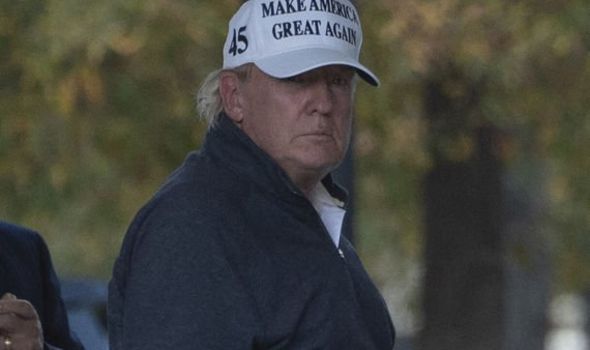 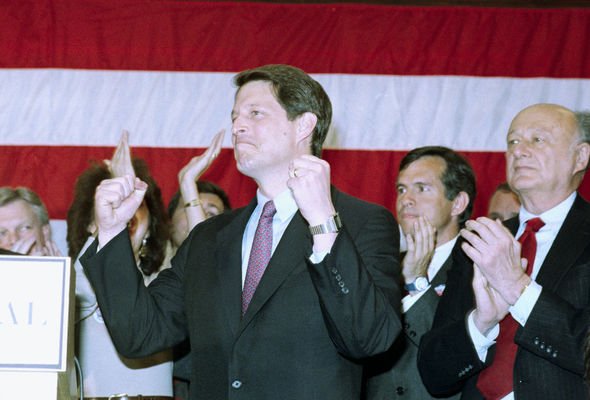 The sitting President does not need to call Mr Biden and concede, but it will ultimately look worse on him if he does not.

Refusal to concede will make Mr Trump appear a sore loser as he attempts to cling to power.

His campaign has lodged a selection of legal challenges citing unsubstantiated claims of voter fraud after sowing doubt against the process, which officials had to expand due to COVID-19 this year.

Technically, a president would not concede until states have resolved these challenges, but unlike historical precedent, Mr Trump’s challenges have little basis in reality. 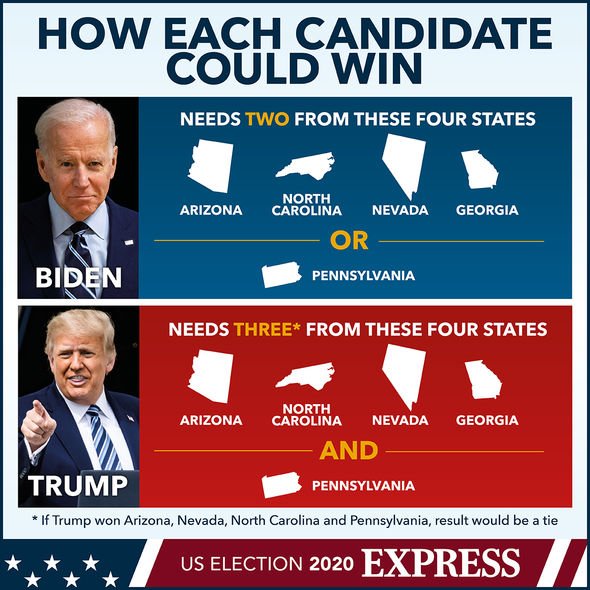 Has a presidential candidate ever not conceded?

No president in US history has ever refused to concede, even those who have lost following protracted legal battles and disagreements over the outcome.

Even Al Gore, who reluctantly accepted a Supreme Court ruling in 2000, conceded to George W Bush.

He initially did so on the night of the election, and then reversed his decision, asking Mr Bush not to “get snippy”, and then lodged a legal challenge against voting in Florida which took 37 days to resolve. 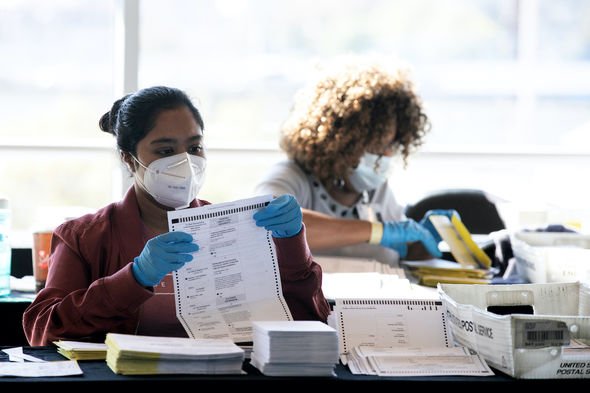 The Bush v Gore race in the swing state – worth 25 Electoral College votes at the time – came down to just more than 300 votes.

The short distance between the candidates demanded a recount, with the Florida and US Supreme Court intervening to orchestrate one.

Ultimately, the latter court stopped the vote and declared the state for Mr Bush, who went on to serve two terms in the White House.

Mr Gore did not fully concede until the 37-day process concluded, but he had good reason not to.

Mr Trump, on the other hand, is currently losing by wide margins in several states, among them Pennsylvania.

In Pennsylvania, which Mr Trump needs alongside several other states to win, Mr Biden’s margin looks to pass 50,000 votes, outside the threshold for a recount.

Instead, Mr Trump has focussed his legal battles on claims of election “fraud”, a nearly non-existent presence in the US according to non-partisan officials.

Once again, he may not need to concede until these battles have resolved, but experts have dismissed his assertions as a “brazen attack” on democracy.