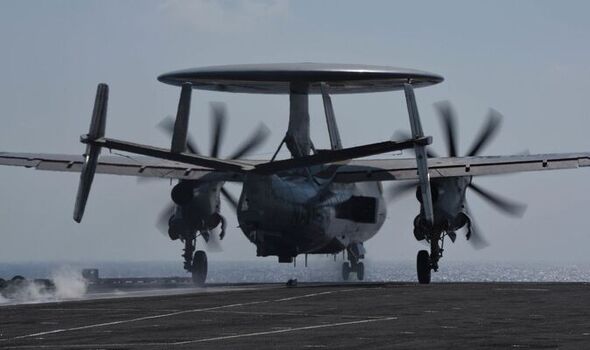 One person is reportedly still missing after a V-22 Navy Osprey Tilt Rotor plane plummeted into water around 7:30 EDT (12.30am GMT) off the coast of Wallops Island, Virginia. The two other individuals have reportedly been rescued and have reportedly sustained broken legs.

Local reports indicate the plane has been submerged in the water for some time and it is thought the third person was stuck in the plane.

Rescue services and the Virginia coastguard are on scene.