Home » Vaccinations are rising in the European Union after a long, slow start. 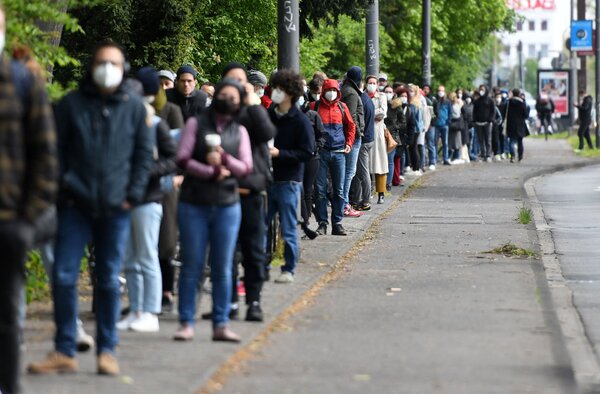 Vaccinations are picking up pace in the European Union, a stunning turnaround after the bloc’s immunization drive stalled for months.

On average over the last week, nearly three million doses of the Covid-19 vaccine were being administered each day in the European Union, a group of 27 nations, according to Our World in Data, a University of Oxford database. Adjusted for population, the rate is roughly equivalent to the number of shots given each day in the United States, where demand has been falling.

The E.U. vaccination campaign, marred by disruptions in supplies of the AstraZeneca and Johnson & Johnson Covid-19 vaccines, pivoted last month to rely heavily on the Pfizer-BioNTech vaccine.

Last month, Ursula von der Leyen, the European Commission president, said that Pfizer had agreed to an early shipment of doses that she said should likely allow the bloc to reach its goal of inoculating 70 percent of adults by the end of the summer. The European Union is also on the verge of announcing a deal with Pfizer and its German partner BioNTech for 2022 and 2023 that will lock in 1.8 billion doses for boosters, variants and children’s vaccines.

The United States moved aggressively under the Trump administration’s Operation Warp Speed to procure millions of doses by funding and prodding vaccine production. But the European Union, rather than partnering with drugmakers as the United States did, acted more like a customer than an investor.