Troops fire tear gas at crowds attempting to cross Colombia border ahead of US-backed effort to bring in aid.

Venezuela’s military is braced for a showdown with opposition supporters at the country’s border crossings with Colombia and Brazil ahead of a US-backed effort to bring aid in.

The National Guard fired tear gas at a crowd of people clearing a barricaded border bridge on Venezuela’s border with Colombia at dawn on Saturday, a day after soldiers opened fire on indigenous people near the border with Brazil, killing two and injuring at least 15 others.

The government of President Nicolas Maduro, who has dismissed the aid effort as a “cheap show” and pretext for a US invasion, has partially closed Venezuela’s border with Colombia, and shut down crossings from Brazil and the Dutch Caribbean island of Curacao.

The United States, which is among dozens of nations to recognise opposition leader Juan Guaido as Venezuela’s legitimate president, has stockpiled some 600 tonnes of aid in the Colombian frontier town of Cucuta to ship across the border this weekend.

With tensions running high after Guaido declared himself Venezuela’s interim president last month, Maduro has denied there is an humanitarian crisis in the country despite widespread shortages of food and medicine and hyperinflation.

In Kumarakapay in southern Venezuela on Friday, residents told Reuters news agency that soldiers entered their village and opened fire when residents tried to block a military convoy they believed was headed towards the Brazilian border to block aid deliveries

“I stood up to them to back the humanitarian aid,” Richard Fernandez, a community leader, said. “And they came charging at us. They shot innocent people who were in their homes, working.”

An indigenous couple were killed and at least 15 people were injured, residents said. 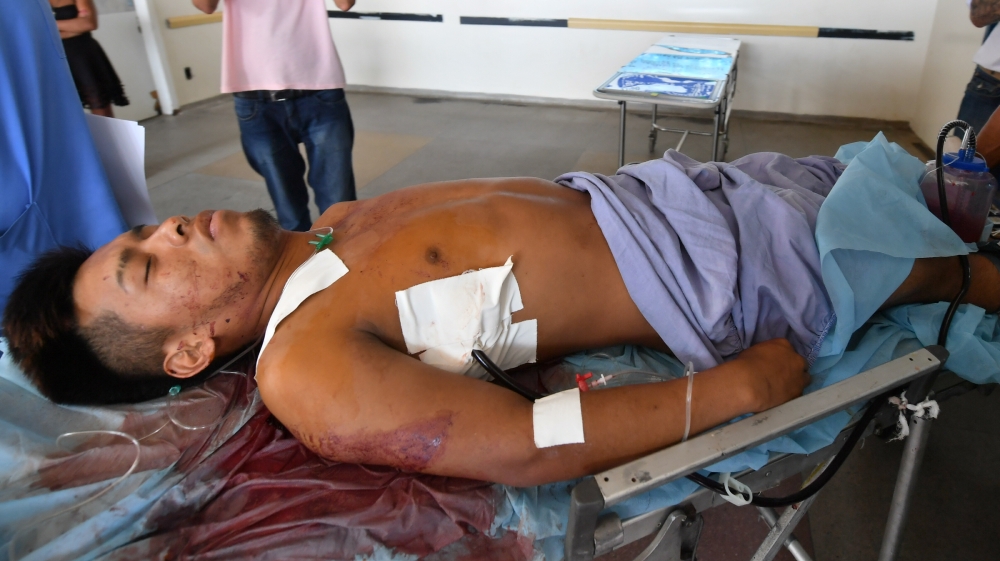 Seven of the injured were rushed by ambulance to a hospital in Brazil’s Boa Vista, a spokesperson for the state governor’s office said.

Diosdado Cabello, one of the most prominent figures in Maduro’s Socialist Party, accused the civilians involved in the clash of being “violent groups” directed by the opposition.

The Venezuelan opposition is planning to hold three simultaneous aid pushes on Saturday.

On Friday, Guaido, the opposition leader, made a surprise appearance in Cucuta during a concert organised by British billionaire Sir Richard Branson.

In remarks after the event, Guaido spoke alongside Colombian President Ivan Duque and Chilean President Sebastian Pinera and said he had been able to circumvent Maduro’s travel ban only with the help of the armed forces.

“The question of the moment is for the armed forces because we know society is absolutely mobilised to help others,” he said. “The question is, how to do this when airspace, maritime access, roads are closed.”

Duque meanwhile urged Venezuela’s military to be on “the right side of history”, calling the delivery of aid an “irreversible, historic process”. 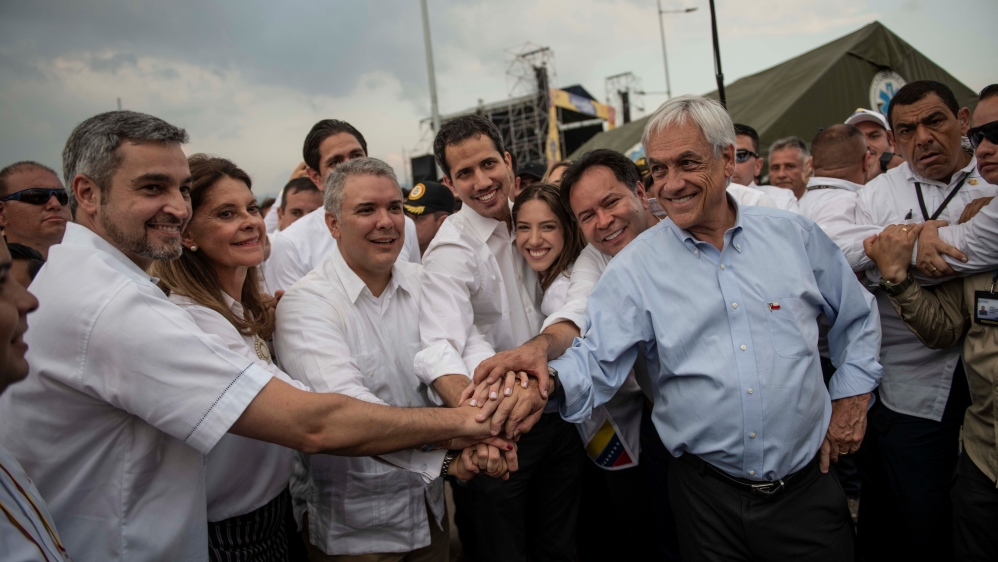 Hours later, Caracas said it had sealed the Colombian border across the whole of Tachira – the western state that borders Cucuta – citing threats to Venezuela’s security.

“Due to the serious and illegal threats attempted by the Government of Colombia against peace and sovereignty in Venezuela, [the Venezuelan government] has taken the decision of a total, temporary closure of all bridges that unite both countries in Tachira,” Delcy Rodriguez, Venezuela’s vice president, wrote on Twitter.

Some political analysts say the looming showdown is less about solving Venezuela’s needs and more about testing the military’s loyalty to Maduro by daring it to turn the aid away.

Civil rights groups claim Venezuelan security forces have executed dozens and arrested hundreds of others since protests broke out in January against Maduro’s swearing-in as president.

Asked about the deaths, Arreaza told reporters the armed forces would never take disproportionate action against its own people: “Our armed forces are known for their humanism.”

China, which along with Russia backs Maduro, warned that humanitarian aid should not be forced across the border because doing so could lead to violence.