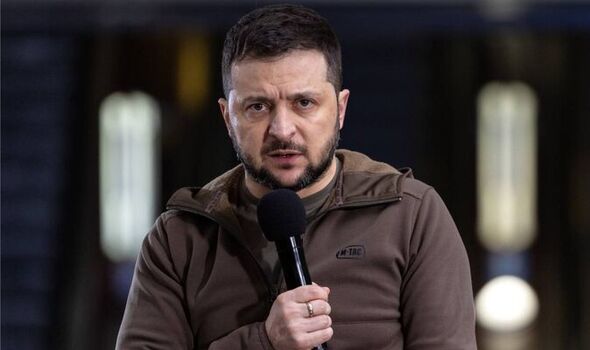 Volodymyr Zelensky’s words came as his country’s forces recaptured parts of the besieged city of Sievierodonetsk. But as the war entered its 101st day yesterday, Russia was “throwing all its efforts, all its reserves” in storming the city, supported by artillery and air strikes after weeks of bombardments.

In his overnight address to the nation to mark 100 days of fighting, President Zelensky said the country had done “what seemed impossible” by resisting the Russian army.

“At first it looked threatening, then it was dangerous. After Bucha it caused disgust and now only a bitter smile,” he said.

“Because what is left of it, of the army which was called the second army in the world?War crimes, disgrace and hatred.

“We have defended Ukraine for 100 days already.Victory will be ours.”

Sievierodonetsk, a city once home to 120,000 people, is a key Russian target since it was driven back from Kyiv.

The fighting has become increasingly bloody and Luhansk Governor Serhiy Haidai said Ukrainian troops had managed to retake a fifth of the city, with Russian troops repelled nine times in 24 hours.

He added the defenders could hold out for at least a fortnight and once Western long-range weapons arrive, Russian artillery will be pushed back.

“Then, believe me, the Russian infantry, they will just run,” Mr Haidai said. Russian troops have also retreated after failed attempts to advance in Bakhmut.

Yesterday, the UK’s Ministry of Defence said Russia has increased its air strikes in Donbas.

With the supply of precision weapons “significantly depleted” Russia was combining air strikes and massed artillery fire to bring its firepower to bear.

But, it added, the “increased use of unguided munitions has led to the widespread destruction of built-up areas and has almost certainly caused substantial collateral damage and civilian casualties”.

Meanwhile, former Ukraine prime minister Volodymyr Groysman has called for regimes in Africa that had hosted Russian soldiers to be sidelined as many of them who have killed innocent Ukrainians used the continent “as their training ground, with impunity”.

But French President Emmanuel Macron said it was vital Vladimir Putin was not humiliated after his “historic and fundamental mistake”, suggesting France can act as a peace broker.