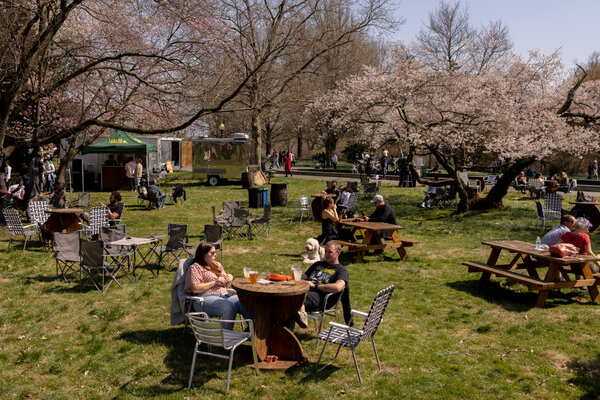 Coronavirus cases and hospitalizations are surging in Pennsylvania, as state officials warn of trends seen across the country: increased travel levels, relaxing restrictions and the spread of more contagious virus variants.

Pennsylvania is reporting an average of 4,922 cases a day, up from roughly 2,515 a month ago, according to a New York Times database. Hospitalizations have also climbed about 16 percent in the past two weeks, and the state now has one of the highest per capita daily case counts in the country. Deaths, which tend to lag behind infections by weeks, have started to slightly increase again after plunging from the state’s high of an average of 222 in mid-January. Deaths now average about 37 a day.

State and national health officials are also worried about the spread of more contagious virus variants, particularly the B.1.1.7 variant first found in Britain. That variant is currently estimated to be about 60 percent more contagious and 67 percent more deadly than the original version.