VW’s video, which was posted on social media, shows a Black man being pushed around by a giant white hand. 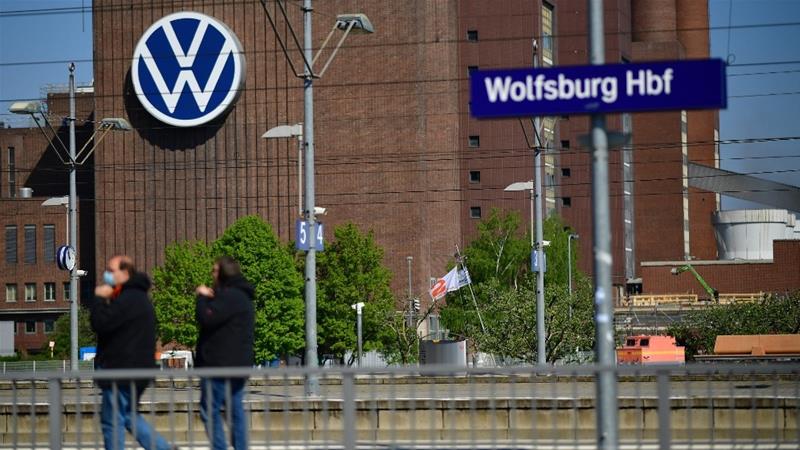 German carmaker Volkswagen has withdrawn a social media advert and apologised after an online backlash slamming the clip as racist.

The 10-second video post, which was shared on Instagram, had been meant to advertise the latest Golf model.

It showed a giant hand of a white person pushing a Black man away from a new car, then moving him to an open doorway by pinching his head, and flicking him inside a cafe.

Viewers also noted the floating letters in the video clip faded in such a way that it appeared to spell out an offensive word for people of colour in German.

Other social media users took offence at the sign above the building the man disappears into, which reads “Petit Colon”, a reference to colonialism.

“Without question: the video is inappropriate and tasteless,” it said on Wednesday in a statement.

“We will clarify how something like this could happen, and there will be consequences.”

Many viewers expressed disbelief that the clip was ever allowed to air.

“This is bad and racist communication,” said one Instagram user.

“The people who made this knew exactly what they were doing,” a Twitter user wrote.