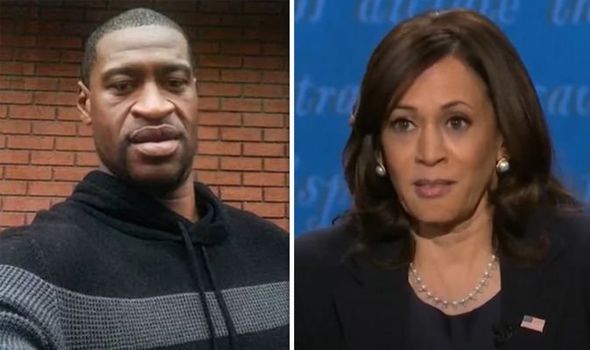 Ms Harris was speaking during a vice-presidential debate with her Republican rival Mike Pence.

She said: “We need reform of our policing in America and our criminal justice system which is why Joe and I will immediately ban choke holds – George Floyd would be alive today if we did that.”

Mr Floyd was killed during an arrest on May 25 in Minneapolis sparking a new wave of Black Lives Matter protests.

Video from the scene appeared to show a white police officer kneeling on his neck for eight minutes and 46 seconds before he died.

He was also fired from the Minneapolis Police Department.

Ms Harris made the remark during a debate with Mr Pence on policing and racial justice in America.

She commented: “It brings me to the eight minutes and 46 seconds that America witnessed during which an American man was tortured and killed under the knee of an armed, uniformed, police officer. 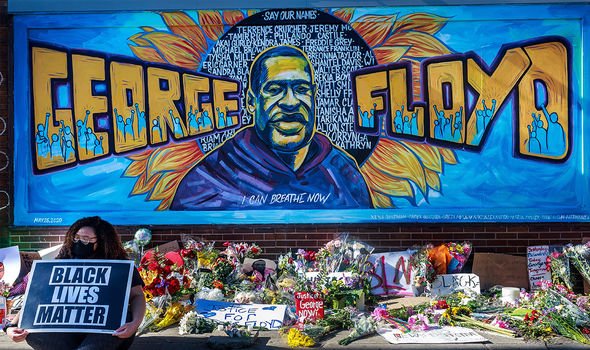 “People around our country of every race, of every age, of every gender, marched shoulder to shoulder fighting for us to finally achieve that ideal of equal justice under law.

“And I was part of those peaceful protests.

“I believe strongly that we always must fight for the values that we hold dear including the fight to achieve our ideals.

“That’s why Joe Biden and I have said on this subject, and I’m a former career prosecutor, bad cops are bad for good cops.” 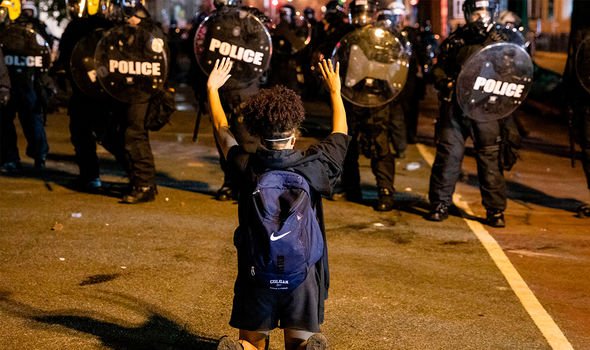 However Mr Pence strongly rejected the suggestion policing in America is structurally racist.