Ukrainian troops have been seen using unconventional land mines gifted by Germany, a NATO-aligned country, on the battlefield in Ukraine. Troops carefully disguised themselves offroad in undergrowth and bushes close to where a small convoy of Russian armoured vehicles was passing by. The footage shows Ukrainian servicemen tactically shooting the unconventional grenade at one of Russia’s armoured vehicles and striking with precision.

The Russian armoured vehicles can be seen driving up close to where the Ukrainian servicemen disguised themselves.

The mine was fired by Ukrainian soldiers and instantly struck the first Russian vehicle.

The Russian armoured vehicle erupts in smoke and a ball of flames before swerving off-road. 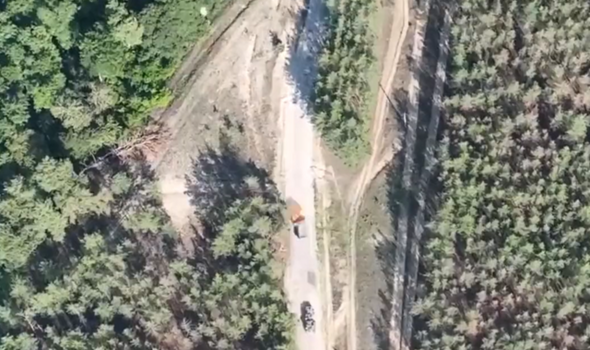 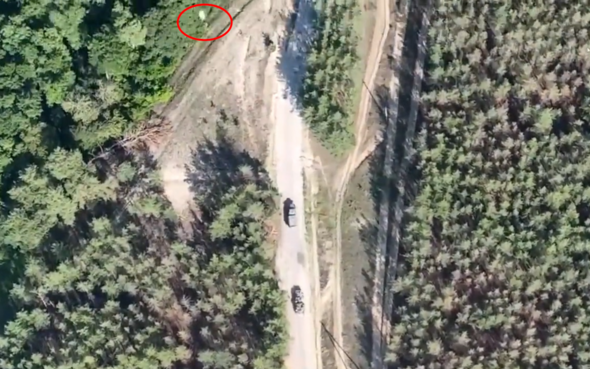 Social media users have been commenting on the video, questioning the weapon used to strike Russia’s vehicles.

One user @Roofio77 said: “But I doubt strongly it was a DM22. On a truck, you should see something coming out on the other side. We’ve already seen examples of BTRs where it punched right through. Should look like a bright ray of light.”

@IndustrialPLC said: “Two bad they did not set up two. It does have a trigger function to attack convoys, I.e. up to the first four vehicles.”

@PossakiH said: “I am confused by all these mines! My ignorant political science degree told me about the Norwegians banning mines. And now Germany supplies them?”

@PeggyAlcazar said: “I am not an expert but is that a mine? It seems something is fired from the trees the truck is approaching.”

@Hodlocache said: “What if a civilian car passes it? How is it triggered?”

@JoshuaStein said: “our government might be a dud, luckily, our arms aren’t. from Germany with love, Vova.”

@D90XS said: “I hope someone has mapped the position of these mines to aid clean-up after this is over. Otherwise, civilian casualties will carry on for years.”

Ukraine has been supported since the beginning of the illegal invasion by Western nations who have bolstered their defences with top-of-the-range weapons. 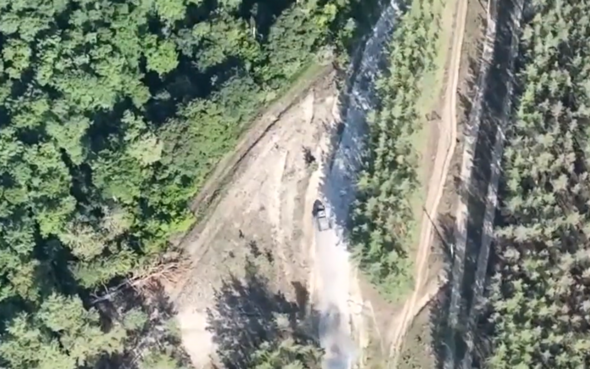 Germany has since withdrawn support to Ukraine due to fears of an attack on home soil from Russian President Putin, who has been making threats

Defence expert Larisa Brown said:  “By next year Russia will be struggling quite a lot, they won’t be able to replenish a lot of their stock, they won’t have the manpower whereas Ukraine will be getting more and more Western kit.

“And they’ve obviously got the Ukrainian soldier being trained in Britain at the moment, and they’re planning to train thousands more.”

Colin Kahl, the US undersecretary of defence for policy echoed a similar sentiment.

Mr Kahl said:  “I think it’s safe to suggest that the Russians have probably taken 70 or 80,000 casualties in less than six months.