High-risk and vulnerable members of Tanzania’s population call for greater assistance amid the coronavirus pandemic. 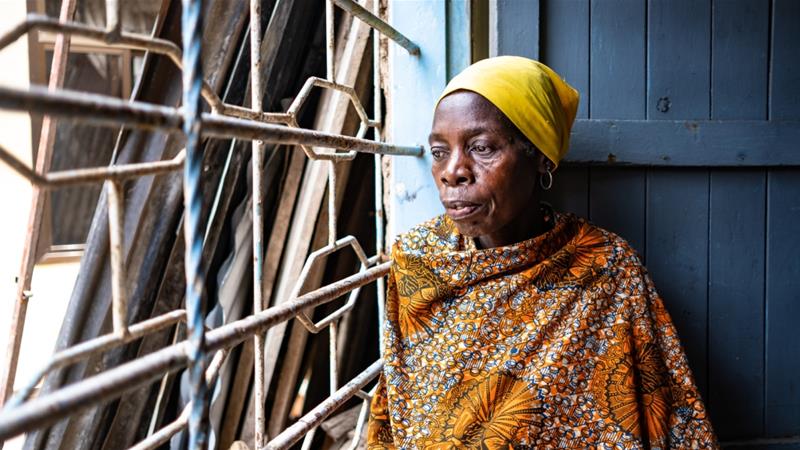 Arusha, Tanzania – If Mwanyika Thomas had a choice, she would lock herself inside her small home and not venture outside at all.

“I have to leave my house to get money for food. But if I didn’t have to, I would never leave,” the 48-year-old said. “I’m very scared of this virus,” she added, referring to the coronavirus disease (COVID-19) pandemic that has swept across the globe.

“I have been thinking about it a lot. I know that if I get it, I will die.”

Michel Yao, programme manager for the COVID-19 emergency response at the World Health Organization (WHO)’s Africa regional office, told Al Jazeera that even though not enough studies have been conducted to determine how exactly coronavirus affects those living with immune deficiency disorders such as HIV-AIDS, people suffering from them would likely be more vulnerable to developing serious illness from COVID-19.

HIV also makes individuals more prone to developing tuberculosis (TB), a respiratory illness that Yao said could make the COVID-19 cases in affected populations more severe. According to WHO data, in 2016 the African region accounted for a quarter of new TB cases worldwide.

As of Monday, there were more than 1.8 million known coronavirus cases and almost 115,000 deaths wordwide. The virus was slow to arrive on the African continent, but within a few weeks the confirmed number of COVID-19 infections has climbed to more than 14,500, with at least 788 coronavirus-related fatalities.

In Tanzania, there are 46 confirmed cases, including three deaths, although some fear the actual number of infections is higher than reported.

While COVID-19 can affect people of all ages, older adults, whose immune systems have declined with age, appear to be more vulnerable to becoming severely ill after contracting the pathogen. Africa has the youngest population in the world, with 211 million people aged between 15 and 24. This has led some to predict that the continent’s seemingly favourable demographics may protect it from experiencing the catastrophic death tolls seen in Europe and the United States.

Yao said, however, that this is a shaky theory and does not account for the millions living with HIV-AIDS and other pre-existing conditions. Eastern and southern Africa are home to 54 percent of the world’s people living with HIV, according to the UN.

“The disease started in Asia and then Europe; the next wave could be Africa,” Yao said. “So we’re advising countries that we should learn from what has happened [in the rest of the world] and adjust it into our context.”

In Tanzania, antiretroviral medications are free for those suffering from HIV-AIDS. Davota Faustini, 41, was diagnosed with HIV more than two decades ago.

But Faustini, who makes a meagre living going door-to-door in search of work cleaning homes and doing laundry, at times cannot afford the food she must take with her medication. “It’s a big challenge for me,” she told Al Jazeera. “When I take the medication I get sick and feel very dizzy because I don’t have enough money to eat a lot of the time.” 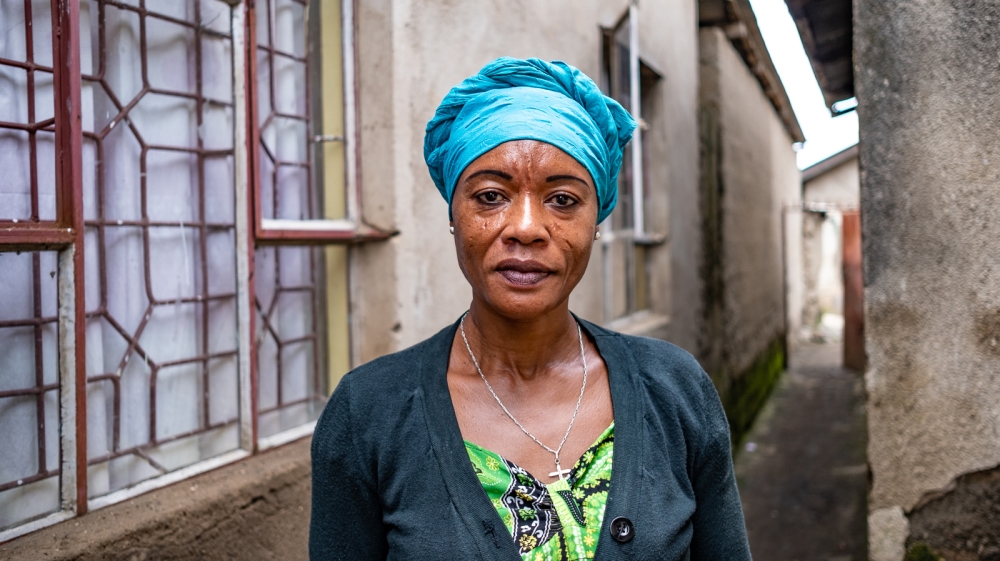 “I heard about coronavirus on the TV and radio,” she added. “I know that I should wash my hands and keep my distance from people. Other than this, we haven’t gotten any more information from the government.”

Faustini said that even the extra $0.09 it takes to buy soap is unaffordable for her, never mind the $2 it costs to purchase a 100ml bottle of hand sanitiser. “No one sits us down and tells us what HIV people are supposed to do in this situation. We are getting no direction from the government. But we are scared and we need someone to help us,” she said.

Many countries in Africa have taken drastic measures to curb the spread of COVID-19, including nationwide lockdowns, curfews and fiscal measures to assist the poor.

Tanzania, however, split with its neighbours during what has been described as a “mild” response to the pandemic, avoiding some of the most sweeping measures imposed elsewhere.

The government has cancelled schools, including university, and suspended all international passenger flights to the country but does not plan to introduce a lockdown.

“When you look at the dynamics, most Tanzanians live from hand to mouth – they have to leave their households in order to survive. So when you go for a total lockdown it means some will instead die of hunger,”  Faustine Ndugulile, Tanzania’s deputy health minister, told The Citizen earlier this month.

Meanwhile, a ban on public gatherings announced soon after the first COVID-19 case was reported does not seem to be rigorously enforced; people continue to crowd into bars and clubs undisturbed. In fact, besides the presence of more hand-washing stations outside businesses and hotels, not much appears to have changed in Tanzania’s daily life.

“No one here is taking this virus seriously,” Thomas said. “People need to open their eyes in Tanzania and see how other countries are suffering,” she added.

“People here are still making jokes about coronavirus. If we [HIV positive people] get this disease, we are going to die. This isn’t a joke.”

But Tanzanian authorities have delivered mixed messages to the public.

While the health ministry has promoted social distancing, Tanzanian President John Magufuli has encouraged the public to continue gathering in places of worship to “pray” the virus away, referring to the highly contagious disease as “the devil”.

Paul Makonda, the regional commissioner of the commercial capital Dar es Salaam, which has the highest number of COVID-19 cases in the country, recently mocked Tanzanians who have decided to self-quarantine, claiming they were “waiting around for the virus”. He encouraged Tanzanians to instead “get out and work”.

Jeremia Msweta, 50, has no choice but to spend most of his days at a crowded market in Arusha selling fish. “I can’t avoid crowds or avoid the market. If I stay inside and don’t work, hunger will kill me before coronavirus does,” he told Al Jazeera.

Msweta said he tries to take precautions owing to his HIV status, like washing his hands whenever he has the opportunity. But it is difficult to find places to wash properly at the market, he noted, and there is no running water at his home.

“[The virus] makes me feel sad that there is yet another disease we have to worry about,” Msweta said. “Of course, I’m afraid. But there’s nothing I can do. Whatever happens, will happen. I don’t have control over anything.”

“I believe in God and I pray that God will save us,” he added. 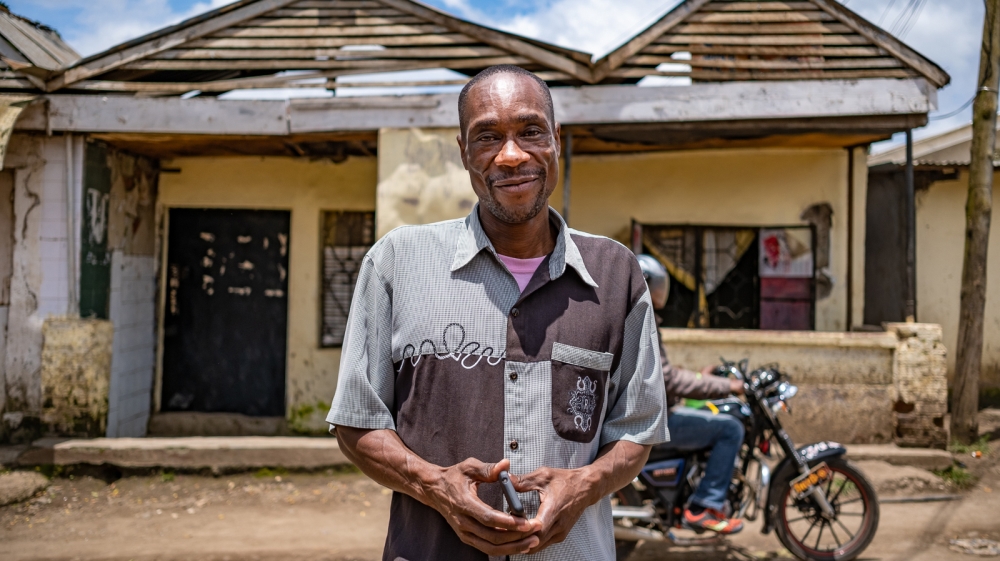 Other countries in Africa, including Rwanda and Uganda, have introduced measures to assist those who are adversely affected by lockdowns, including free food distribution. Tanzania, however, has not announced any such plans to date.

Thomas said the government should be putting more effort into providing special attention to at-risk segments of the population, like those suffering from HIV-AIDS, to stay home and self-quarantine while other citizens can continue living as usual.

“They could provide food for us, and other necessary items like soap, so that we can stay at home without starving,” she added.

Faustini, meanwhile says she fears Tanzanians living with HIV-AIDS may also face more difficulty seeking treatment for their pre-existing condition while the government’s resources are allocated to fighting the spread of coronavirus.

According to Yao, this is a major concern for African countries. “Having thousands of people accessing treatment for COVID-19 could reduce access for those suffering from other conditions,” he said.

He noted that governments must develop additional “dedicated services” to people living with HIV-AIDS, or other vulnerable groups, by providing protective equipment and soap or hydroalcoholic solutions to assist them in maintaining precautionary hygiene, and making sure they become more “alert on the seriousness of a potential infection”.

This all needs to be done while also ensuring that the official COVID-19 response does not reduce the ability of those living with HIV-AIDS to access necessary treatment.

Al Jazeera reached out for comment to various individuals in the health ministry, including Ndugulile, the prime minister’s office, and the Tanzanian government’s chief spokesperson Hassan Abbas, who is in charge of communicating details of the state’s COVID-19 response.

However, despite numerous attempts over several days, no one replied to Al Jazeera’s requests for information on the government’s plans to protect its at-risk citizens.

Critics, including activists and opposition politicians, have urged the government to develop a comprehensive national plan to curb the virus’s spread and share this strategy with the public. 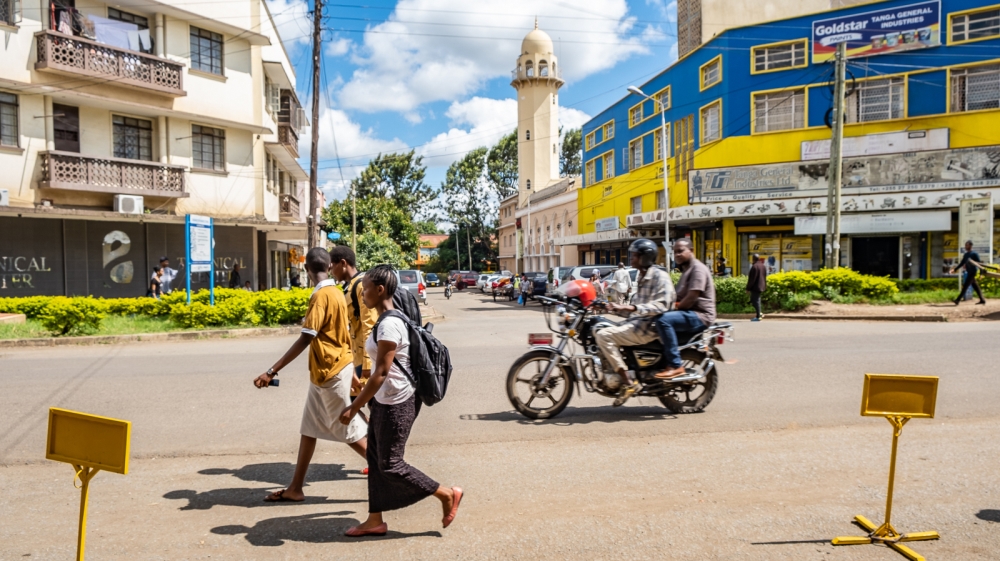 Mariam, the director of a small NGO in Arusha that assists Tanzanians living with HIV-AIDS and who requested to use a pseudonym in fear of government reprisal, believes the government needs to do more to communicate its COVID-19 response to the general public.

“Many HIV positive people are feeling so hopeless in this situation. They are concerned about their lives. If the government is more open with us, I think people will start to feel safer,” Mariam told Al Jazeera, noting that she has not been made aware of any plans that will assist Tanzania’s most vulnerable.

Last year, the WHO issued a rare public rebuke against the Tanzanian government for refusing to cooperate and withholding information about suspected Ebola cases in the country.

“People have completely lost trust in the government,” said Thabit Jacob, a Tanzanian academic. “Decision-making has gone from being influenced by technical experts to being solely about politics.”

Over the last few years, Magufuli’s administration has been the target of widespread criticism over his authoritarian style of governance. Press watchdogs and rights groups say increasingly restrictive laws have undermined freedom of expression and sowed fear into civil society.

The government has also faced accusations of maintaining control on who can gather and disseminate statistical information, denying citizens alternative sources of independently verified data, while routinely harassing, intimidating and arresting journalists and others.

“If you question their statistics or their official narrative, you will have to pay the price,” Jacob said, underscoring the case of Mwele Malecela, the former director-general of Tanzania’s National Institute for Medical Research.

In 2016, Malecela, who now heads the department of control of neglected tropical diseases at the WHO, was fired by Magufuli after she went public with research findings that indicated the presence of the Zika virus in Tanzania. Magufuli later admitted to firing Malecela because she was working for “imperialists” and had tried to tarnish the country’s image.

Tanzanians living with HIV-AIDS, meanwhile, feel left in the dark by their government. “We feel abandoned,” Thomas said. “We’re not seen and our struggle is not being acknowledged.

“They tell us to keep washing our hands. But that’s not enough. We are going to die. They need to do more to protect us.”