Weather forecasters have predicted the chaos of Storm Dennis will pursue today, with several areas still at risk from adverse conditions. Some parts of the country will be relatively dry and wind-free, but struggling under temperatures in the single figures.

According to the Met Office, the weather will remain rainy in most parts of the UK today.

London will see scattered showers for much of the day, with highs of 10C and heavy rain in the afternoon around 2pm. 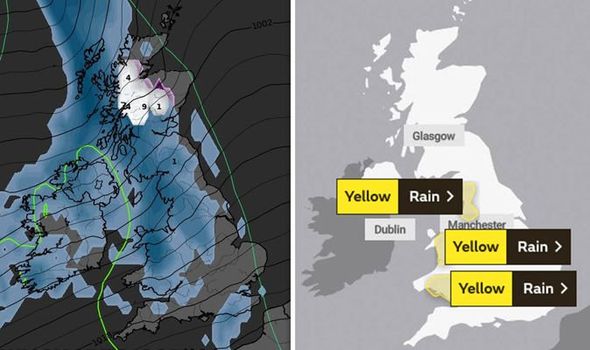 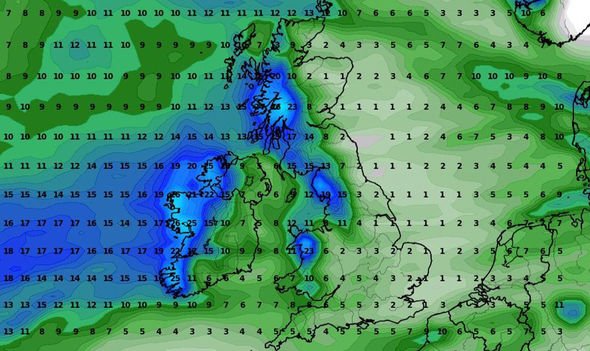 Weather mappers with WXCharts suggest rain will fall over much of the UK today.

Charts made by the organisation, which uses data from MetDesk, reveal a band of rain will cross the country from the west.

They estimate 10 to 25mm per hour will fall over the country from 9am to 9pm, with only some parts of the southeast spared. 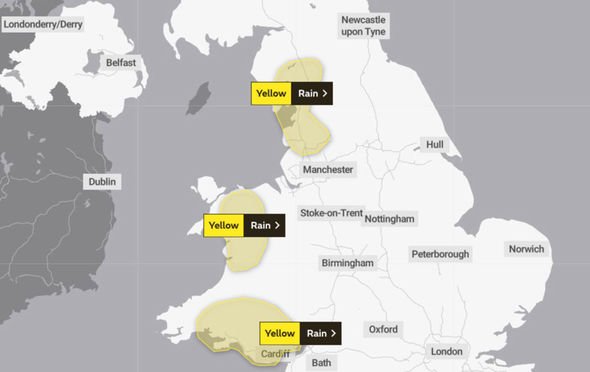 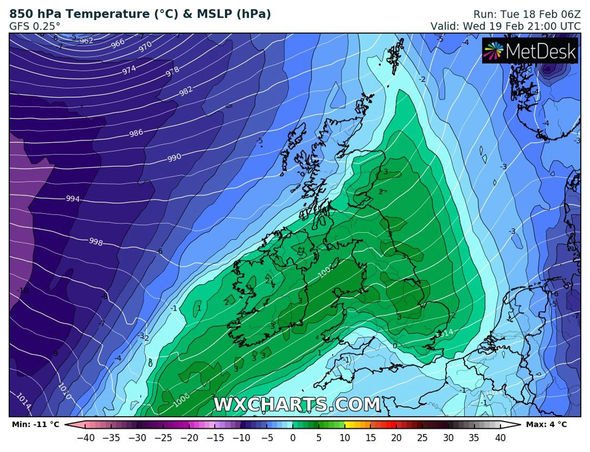 The Met Office has laid down three weather warnings as the band of rain advances, with potential for increased flooding on the west coast.

They said rainfall totals of 50 to 60 mm could fall during the warning period, which starts at 6pm and ends at 3pm this Thursday.

The agency warned: “An Atlantic weather system arriving on Wednesday is expected to bring a further spell of rainfall which is likely to become particularly prolonged over areas of high ground.

“Whilst there is more uncertainty over the rainfall totals for south Wales, there is a small chance that 50 to 60 mm could fall here in 24 hours.” 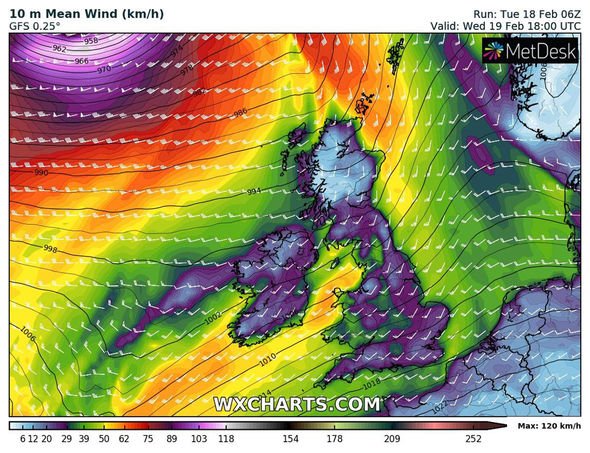 “There is higher confidence in the rainfall for north-west Wales, with between 70 and 100 mm of rain most likely.

“Given already saturated ground, in south Wales in particular, there is a chance of further flooding during this event.”

Temperatures throughout the day will remain low according to WXCharts, with potential for the mercury to dip below zero in the early morning.

The Met Office expects weather will remain rainy for the rest of the week.

They said “occasionally heavy” spells will clear for “sunny spells and scattered showers” on Thursday once warnings clear.

On Friday, some parts of the country will see dry spells, but another yellow warning for rain is in place for the Midlands around York, Leeds and Sheffield.