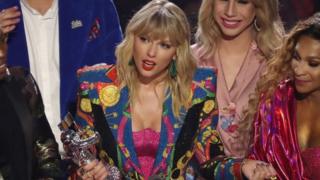 In May the Democratic-controlled House of Representatives passed sweeping new civil rights protections for LGBT Americans. The Republican-controlled Senate has yet to act, however, and supporters of the legislation – including pop star Taylor Swift – are getting frustrated.

The Equality Act, as it’s called, expands workplace, education and public accommodation protections that currently prohibit discrimination based on race, gender and disability to include sexual preference and gender identity.

The federal law would nationalise legal safeguards that are currently afforded to varying extent in only 22 states and the District of Columbia. In the remaining states, it is legal for individuals to be refused employment, housing or business services because of their sexual preference or gender identity.

The Human Rights Campaign, which has been a champion of the bill, points to the story of Carter Brown, who was outed as transgender at his workplace. He was harassed by co-workers and subsequently fired. Because he lives in Texas, which does not have protections for sexual identity, he had no legal recourse.

“If the Equality Act had been in place during my employment, it would have been illegal for my employer to engage in harassment and fire me because I was transgender,” Brown told a congressional committee. “My family would not have had to shoulder the burden of my loss of income and worry about my emotional health.”

While accepting an MTV Video Music Award for her pro-LGBT song on Monday, Swift – who has become an outspoken critic of the president – said the Equality Act “basically just says we all deserve equal rights under the law”. She added that the White House had not responded to her Change.org petition with more than half a million signatures calling for passage of the legislation. She paused and pantomimed tapping a watch on her wrist.

“I would love to survey the [award show] audience if they know what the Equality Act even is and isn’t,” she said in a Fox News interview that included an attempt to sing a few lines from Swift’s You Need to Calm Down. “But she’s welcome to her opinion. I can tell you, there’s a lot of poison pills in it.”

Ms Conway and other White House officials have not specified the nature of the “poison pills” that prevent them from supporting the Equality Act, but criticism of the legislation from conservatives largely centres around what they view as its infringement on religious liberties.

Ryan Anderson, a senior research fellow at the conservative Heritage Foundation, writes that proposed laws like the Equality act “threaten the freedom of citizens, individually and in associations, to affirm their religious or moral convictions – convictions such as that marriage is the union of one man and one woman or that maleness and femaleness are objective biological realities to be valued and affirmed, not rejected or altered”.

A recent Supreme Court case upheld the rights of a Christian-owned bakery from preparing a wedding cake for a gay marriage. Opponents of the Equality Act are concerned the legislation could override that decision, prevent religious-affiliated schools (like the one that employs Vice-President Mike Pence’s wife, Karen) from banning gay teachers and force medical employees to perform procedures they object to on religious grounds.

Other conservatives have focused on the legislation’s emphasis on gender self-identification, contending that it blurs the line between the sexes and could undermine civil rights protections for women.

“Never before in American history has one political party tried to so dramatically rewrite federal civil rights laws to include an undefined, self-referential, ideologically driven term – ‘gender identity’ – in the US Code, applicable to literally any entity that receives federal financial assistance, including elementary schools, colleges and health care centres nationwide,” he said during a speech on the floor of the House of Representatives.

Other conservatives have taken a more conciliatory attitude towards the legislation, suggesting that the Senate could modify the House language to include religious protections.

Let us be crystal clear. We will NEVER compromise away the protections of every LGBTQ person from discrimination in order to satisfy those who wish to use religion as a weapon for discrimination. https://t.co/UaBeKsowA0

Stanley Carlson-Thies, senior director of the Institutional Religious Freedom Alliance, describes this “Fairness for All” proposal as a more even-handed approach.

“The legal framework of Fairness for All does not require dropping one’s religious and moral commitments, but rather provides guidelines and guardrails to enable us to live together well despite, and with, our varied worldviews and beliefs,” he writes.

There is still no indication that Senate Majority Leader Mitch McConnell, who has the final say in the matter, will bring the Equality Act to the floor for a vote or modification. The House’s legislation could effectively be left to gather dust, like many other pieces of progressive legislation passed by Democrats in Congress’s lower chamber.

The dispute could end up being an issue in the upcoming presidential election, as well, with every Democratic candidate calling for the law’s passage.

“It’s on my colleagues in the Senate to be on the right side of history, prove they represent all of their constituents, and provide equal rights and protection to every American,” writes Massachusetts Senator Elizabeth Warren in a Change.org post praising Swift’s petition. “We will keep fighting until everyone can live proudly, without fear.”

In the meantime, both sides are waging a similar fight in the US judicial system.

In the autumn, the US Supreme Court will consider cases on whether existing civil rights law already prohibits employers from firing workers because of their sexual orientation or transgender identity. It was the highest court that nationalised gay marriage rights in 2015, and it has the power to do something similar here.

With the current conservative-tilt of the court, however, LGBT advocates may not be happy with the court’s decision.

With the current disposition of political forces in Washington, it appears probable that the Equality Act’s future will be decided by which party succeeds at the ballot box in 2020 – and beyond.