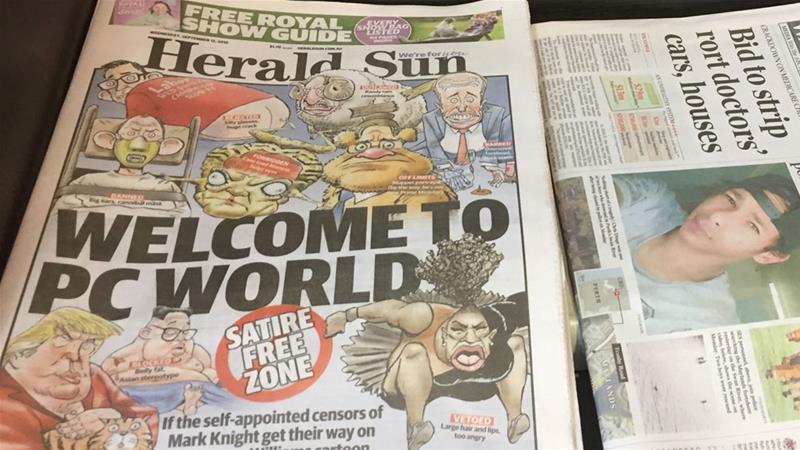 A controversial cartoon of American tennis star Serena Williams widely condemned as “racist” and “sexist” did not breach media standards, an Australian press watchdog has ruled.

The artwork, published in the Melbourne-based Herald Sun tabloid newspaper on September 10, showed Williams as over-weight, big-lipped and bushy-haired, stomping on her broken tennis racket with a baby pacifier on the ground as the umpire asked her US Open final opponent Naomi Osaka, “Can you just let her win?”

The Australian Press Council received several complaints about the caricature by cartoonist Mark Knight, with concerns that the depiction of Williams had features that made it an offensive and sexist representation of a female athlete and a prejudicial racial stereotype of African American people.

After adjudication, the council said on Monday the cartoon did not breach media standards of “causing substantial offence, distress or prejudice”.

“The Council considers that the cartoon uses exaggeration and absurdity to make its point, but accepts the publisher’s claim that it does not depict Ms Williams as an ape, rather showing her as ‘spitting the dummy’, a non-racist caricature familiar to most Australian readers,” the council said, using an Australian phase for a child having a temper tantrum.

The media watchdog did acknowledge that some readers found the illustration offensive, but added that there was “sufficient public interest in commenting on behaviour and sportsmanship during a significant dispute between a tennis player with a globally high profile and an umpire at the US Open final”.

Williams, who was vying to equal Australian player Margaret Court’s record of 24 grand slam singles titles, lost in straight sets to the 20-year-old Japanese-Haitian in New York after a heated clash with chair umpire Carlos Ramos over code violations that resulted in her being penalised a game.

An indignant Williams emphatically defended herself, denying she had cheated and called the umpire a “liar” and a “thief”.

“You owe me an apology,” Williams said, arguing about the violation. “I have never cheated in my life!”

Williams, who was fined $17,000 for the three code violations, said after the match that male players were held to a lower standard for court conduct.

At the time, Knight – who has a reputation for controversial cartoons  – said the uproar over the caricature was a sign that the “world has just gone crazy”.

“The cartoon about Serena is about her poor behaviour on the day, not about race,” he said.

The Herald Sun, a conservative tabloid owned by Rupert Murdoch’s News Corp, reprinted the cartoon two days after initial publication with the headline “Welcome to PC World” in reference to political correctness. 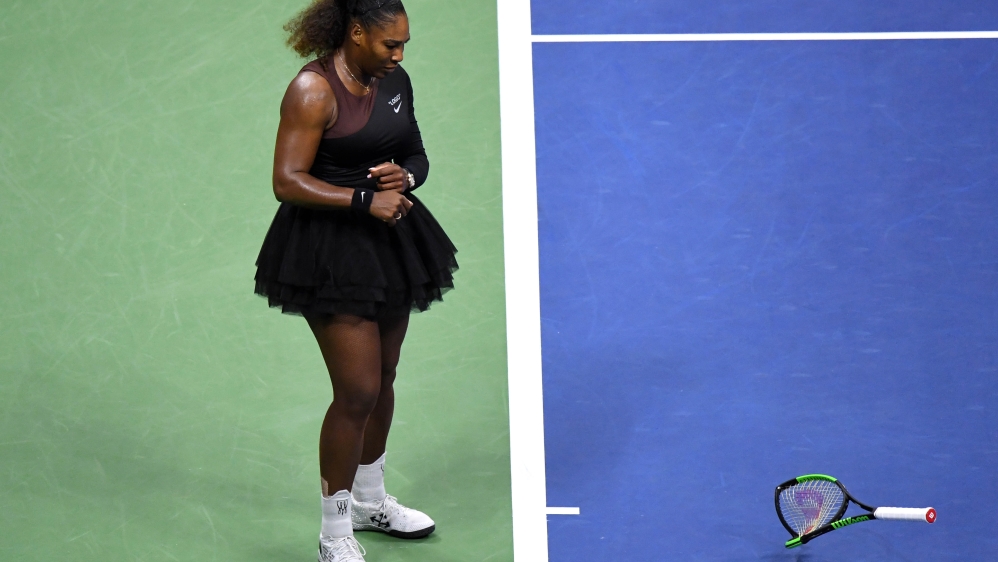