WW3 fears continue to escalate as clashes between India’s army and China’s army persist. New footage has emerged which appears to show Chinese and India troops engaged in a brawl with their fists and sticks. The clash happened along the currently disputed border with some claiming it could be in the Galwan Valley.

Images of the clash have begun circulating on Chinese social media.

Details of the clash have remained scarce with some on social media claiming the footage was from a deadly altercation on June 15, 2020 that resulted in the death of at least 20 Indian soldiers.

However, a military analyst who spoke to the South China Morning Post said he believed the footage could be from an earlier conflict on the Galwan River in May 2020.

Chinese experts have warned of the consequences if these skirmishes alongside the border continue. 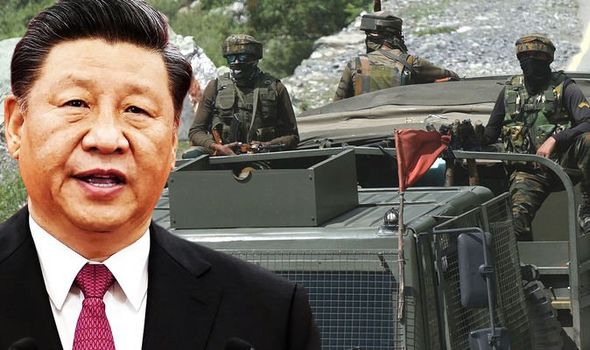 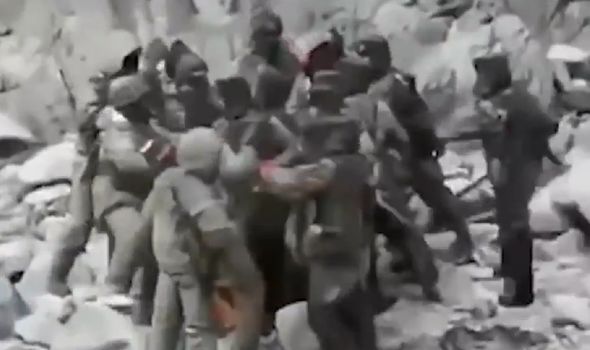 Asia political expert and author Gordon Chang argued the longer skirmishes between India and China go on the more likely things are to escalate into a nuclear conflict.

Mr Chang spoke to Express.co.uk and insisted that it was imperative that things did not escalate further.

Mr Chang said: “The worst-case scenario is a thermonuclear exchange. 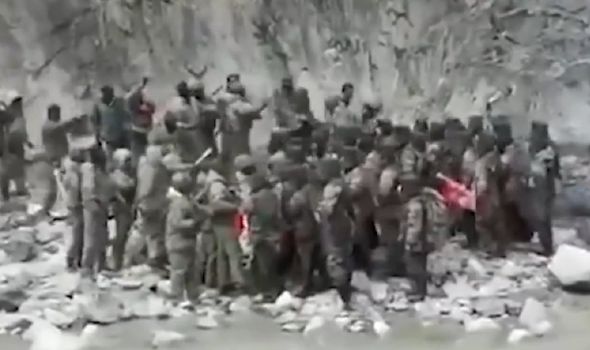 Mr Chang explained how Pakistan would be drawn into the conflict and what impact it would have.

Mr Chang said: “This is because Pakistan is close to the scene in Galwan Valley in Ladakh.

“There has always been the concern that this would spread to a third country.” 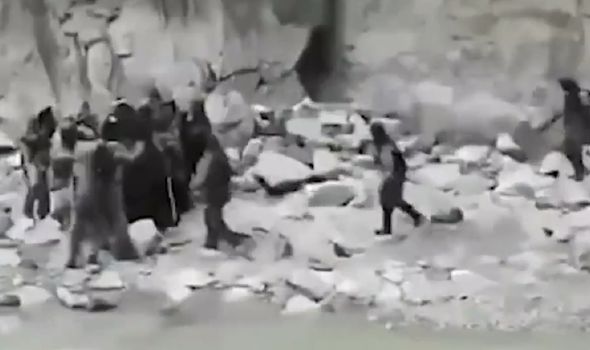 Michael Kugelman, the deputy director at The Asia Program, noted that if these skirmishes turn more violent chances of war increase.

During an interview with Express.co.uk, he said: “There could actually be the use of arms.

“Obviously if you use heavier forms of weaponry this intensifies the risk of casualties and fatalities.

“That is when you really need to worry about the types of escalation that could lead to a potential conflict.”