Iran’s young people speak nostalgically of a more liberal time before the revolution, the Iran they have never seen.

Tehran, Iran – Frank Sinatra’s performance of the 1944 song I Fall in Love to Easily made it an American jazz standard.

In a dimly lit studio in downtown Tehran 75 years later, Azin Elahi sings it is an act of youthful rebellion.

The 19-year-old dreams of a career as a vocalist on the big stage. But in Iran, where the sound of a solo female singing voice violates strict Islamic codes of conduct governing public life, stealing moments of freedom in private spaces and behind closed doors may be the closest she gets.

“For a female vocalist in Iran, it is not just about [a woman singing in public] being illegal. The society doesn’t recognise you,” said Elahi.

“My entire life, I wanted to sing. It’s like breathing for me. I can’t do anything else. But as a [professional] or an artist, you are not recognised, especially if you want to sing.”

The social stigma attached to the public act of singing, being a woman, can be as insurmountable an obstacle as the country’s Islamic laws, she added.

“We have so many talents here. The thing I want to say in the end is if you feel it in your heart, go for it and don’t let anyone or any religion or anything push you away.”

Despite her ambition, Elahi and her four bandmates acknowledge that American jazz does not fit the public image in Iran, and realising their musical dreams may mean leaving home.

They were all born two generations after the 1979 revolution and the Islamic Republic is the only Iran they’ve ever known. According to a 2013 study by the United Nations and the University of Tehran, a third of Iran’s population are aged between 15 and 29.

But many young people like them often speak nostalgically of a more liberal time before the revolution, an Iran they’ve never experienced. 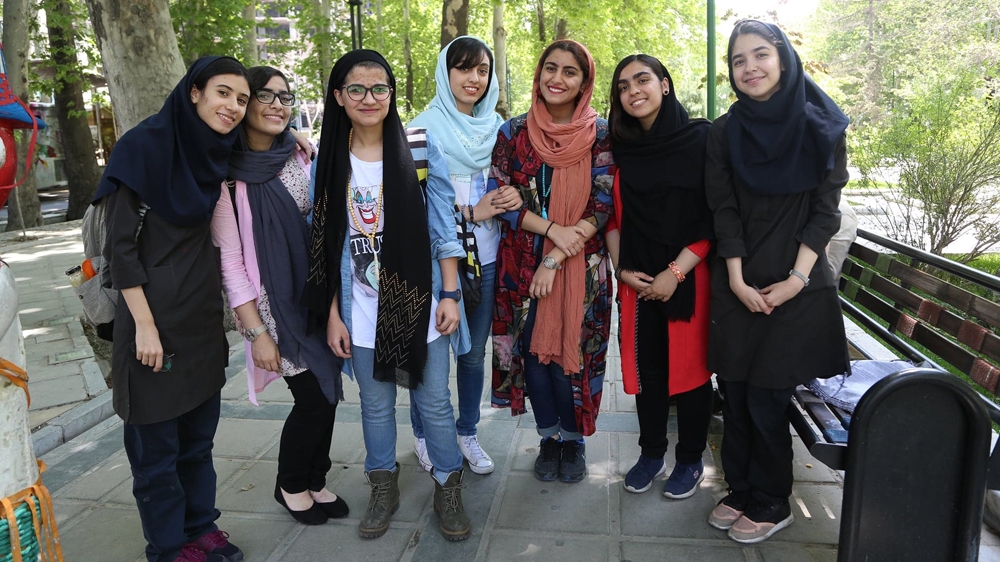 But the sound of music from small corners of the capital is a reminder that despite the conservative public face of the Islamic Republic of Iran – 40 years after the 1979 revolution – a diversity of perspectives still manages to coexist in the country.

There is a segment of the Iranian population that says the clerical system of government is over-involved in matters of public life and personal freedoms. But there are also ardent supporters of the system that has promoted and enforced Islamic codes of public and private conduct in place for four decades.

Hajar Chenarani is a member of parliament and was born in 1979, the first generation of Iranians born under the flag of a new republic.

In many ways, she is a poster-child for the revolution: A devout Muslim having humble roots, highly educated, and her father died fighting in the Iraq war.

She’s one of millions of Iranians who see the 1979 revolution as a kind of referendum that determined Iran be governed by Islamic ideals in perpetuity.

“We should accept that we are a country that enjoys a rich culture rooted in the purity of Islam,” said Chenarani, adding that “we should consider we are an Islamic country, in line with [Islamic] ideals.”

“We may not allow some freedoms in the country that are permitted in other countries.”

But Chenarani acknowledges Iran’s youth is restless and blames the government’s failure to address issues of youth unemployment, which has contributed to increasing brain drain.

Many educated young people, who find themselves unemployed or underemployed, have been leaving the country.

“There may be some dysfunction in the country, some officials may make a mistake,” she said. “We always ask, what has the revolution done for us. But I always ask myself, what have I done for the revolution?”

Iranian politicians often point to an urgent need to engage with young people to address the concerns of an entire generation.

A culture of fear limits open dialogue about even the most benign issues. Criticism of government officials and policies is common, but only behind closed doors, for fear of government retaliation. 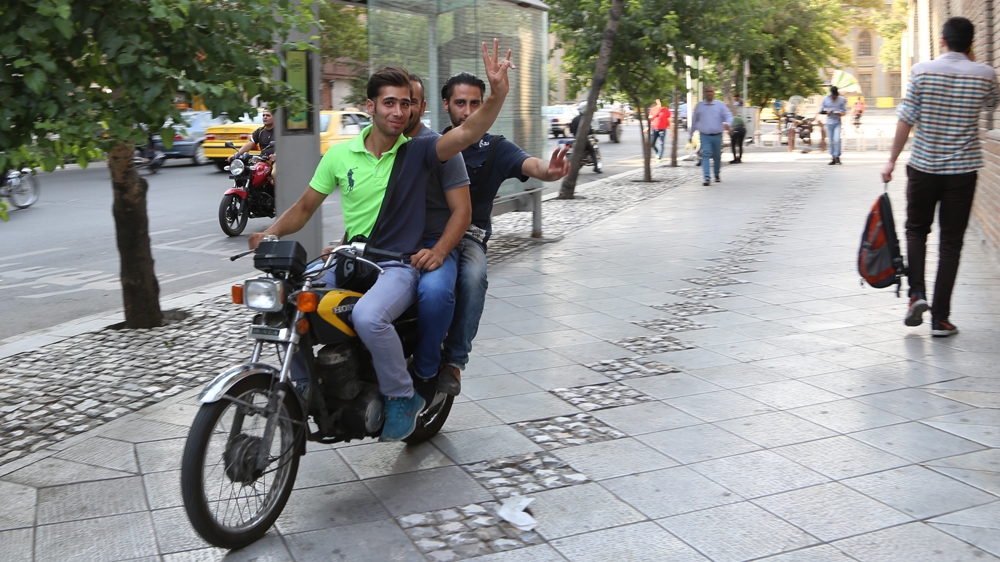 “We hear the time before the revolution was [economically] better, but I can’t talk about this transparently. In fact, I won’t dare do that,” said one Tehran shopkeeper in his 20s. “I can say a lot. But I prefer to say nothing, to keep my head on my neck.”

In deeply religious parts of the country, like Qom and Mashhad, many young men and women remain stalwart supporters of the ideals of the Islamic Revolution.

But in Tehran, where the success of Ayatollah Ruhollah Khomeini’s rebellion in 1979 was the catalyst for sweeping change across the country, younger generations seem to be drifting away from conservative religious and political sentiment.

Young people born to the children of the revolution often refer to themselves as the “burned generation”. They say economic circumstances for them are so bleak, the hope for prosperity that came with Khomeini’s revolt is little more than historical record. For them, the revolution anniversary is a reminder of their tough financial times.

“To be honest, it’s like a wound that you can never get rid of,” said Amir Hosseini, the guitarist in Elahi’s band.

“It has never had a huge impact on my life and I was never a fan of these celebrations. Maybe I’m a shame to some guys who are fans. But everyone has their own thing to do and no one can force anyone … it’s a free life, I think.”