Home » World News » Zooming out on the Ever Given — these photos from space capture the magnitude of the 1,312-foot vessel

The Ever Given, a 1,312-foot cargo ship, has been stuck in the Suez Canal since Tuesday, causing a traffic jam on either side of one of the world’s most active waterways.

By one estimate, it’s costing the global economy about $400 million in losses per hour. Officials in Egypt said it could take days or even weeks to dislodge the ship, giving satellites plenty of time to snap photos showing the massive scale of the ship.

Let's begin with an up-close look at the Ever Given. In this photo released by the Suez Canal Authority, crews are working on shore to refloat the ship. 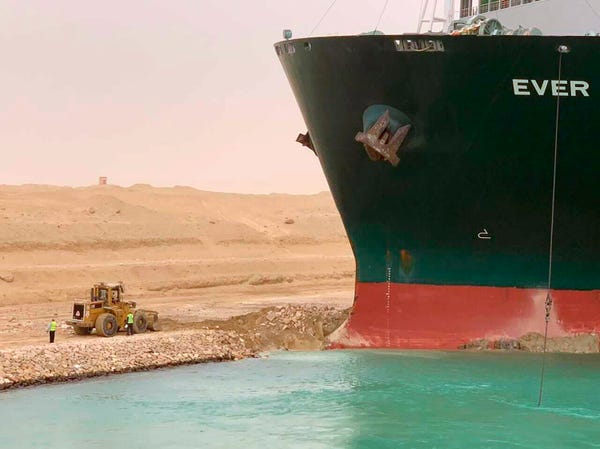 Backing away from the Ever Given, we can get a better sense of the size of the 1,312-foot Panama-flagged cargo ship. 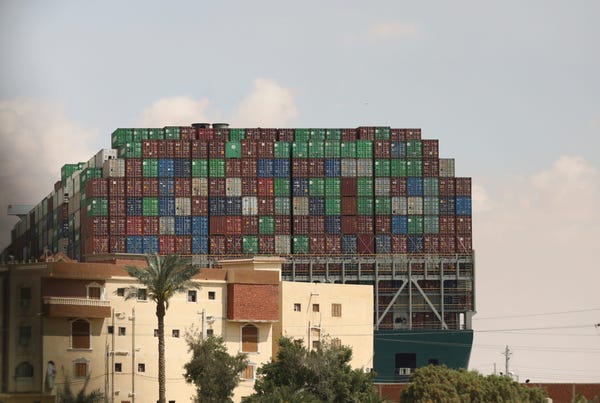 Now let's jump up to a satellite, which captured this picture of the 224,000-tonne ship blocking the canal. 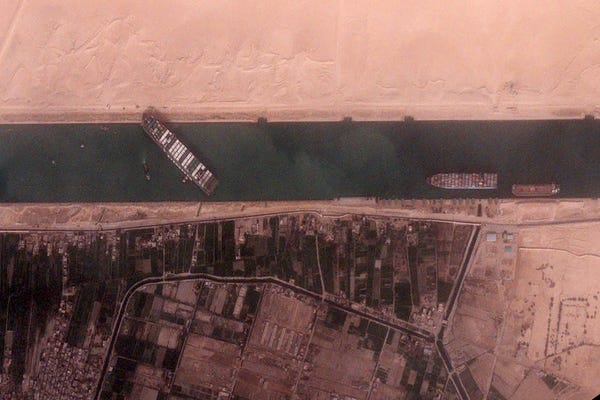 Here's another satellite image of the ship, which can hold about 20,000 shipping containers. 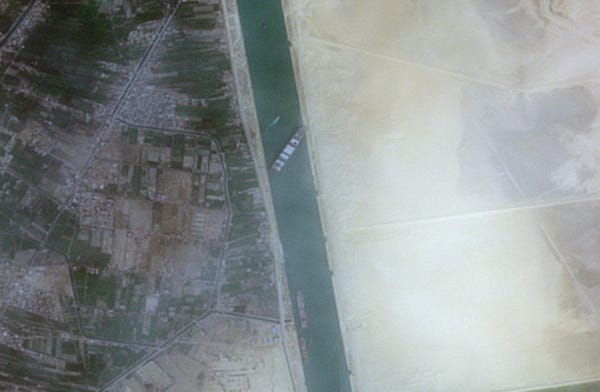 Zooming out a bit, we can see more of the canal, which is mostly empty. The Mediterranean Sea is to the north, toward the upper right-hand corner of this image. 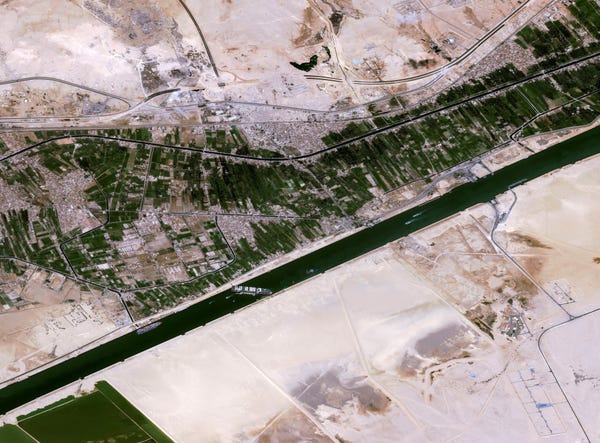 Zooming out farther adds more context. Below, we can see other cargo ships idling in the Red Sea to the south. 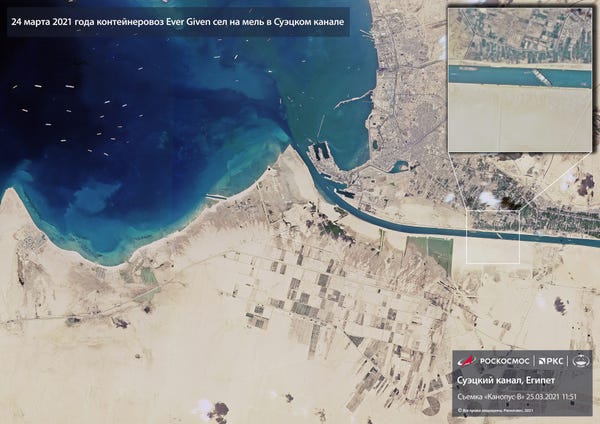 Here's another satellite view without all the clutter. Those tiny colored lines are ships idling in Red Sea, waiting to pass through the canal. We can just make out the Ever Given in the upper left-hand corner. 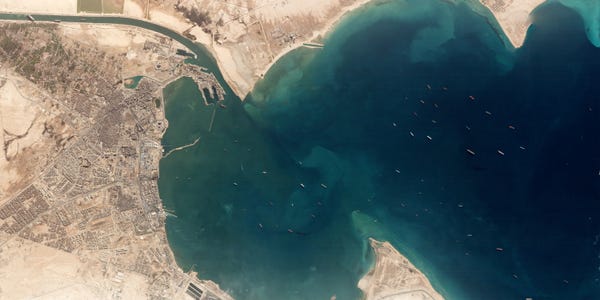 Zoomed out even farther, we can barely see the Ever Given, which is among the largest cargo ships in the world. 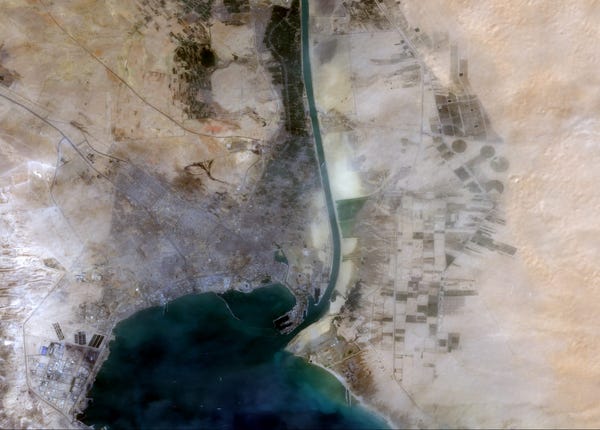